Eddie Izzard has been appointed to Labour’s governing body 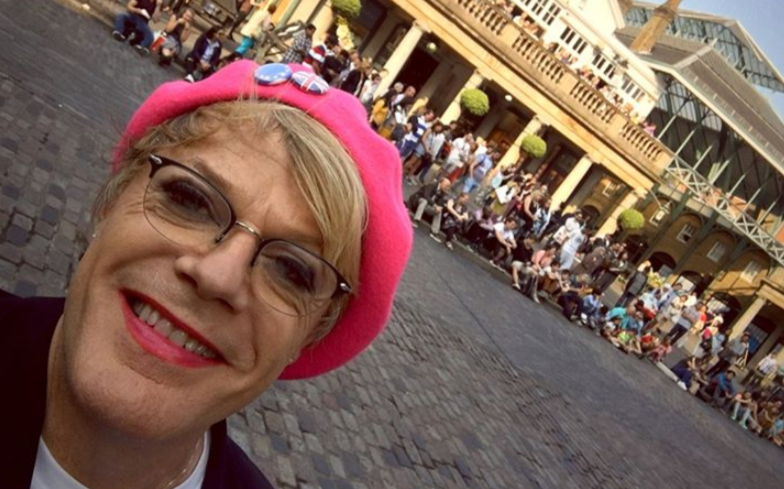 Eddie Izzard, who uses the term transgender to describe himself, has been appointed to the body after one of its directors stood down following a row over anti-Semitism.

Izzard had previously vied for a position on the National Executive Committee (NEC), but he missed out to candidates that were aligned with the pressure group Momentum.

However, following the resignation of Christine Shawcroft, Izzard was appointed to replace her. In a statement, he said: “Although this isn’t the manner in which I had hoped to join the NEC I’m honoured to step up and represent Labour members at the heart of our Party.

“This is a very important time for the Labour Party and we must stamp out completely the stain of anti-Semitism from a minority of members.

“It has no place in our Party. I have campaigned against hate my whole life and will continue to do so wherever it rears it’s ugly head. We must make amends and repair the damage with the Jewish community as Jeremy Corbyn has promised to do.

“We must get past this, for the good of the people Labour seeks to represent. We must unite our Party around the platform of hope that Jeremy Corbyn has built so that we can kick out this terrible Tory government and build a Britain for the many not the few.

And having Izzard on the NEC may also be beneficial to trans rights. When Labour initially announced a policy to all trans women onto all-women shortlists, plenty of TERFs flew into an uproar, with many threatening to quit the party.

It is thought that because of this, the NEC put off a vote on the policy until after the local elections this year. But with Izzard on the committee, we’re sure that he’ll be able to argue for the trans voice.

In the latest issue of Gay Times we talk to Labour leader Jeremy Corbyn, and his plans on reforming sex education to involve same-sex education as well.

The latest issue of Gay Times can be ordered here for a print copy or here for a digital copy.