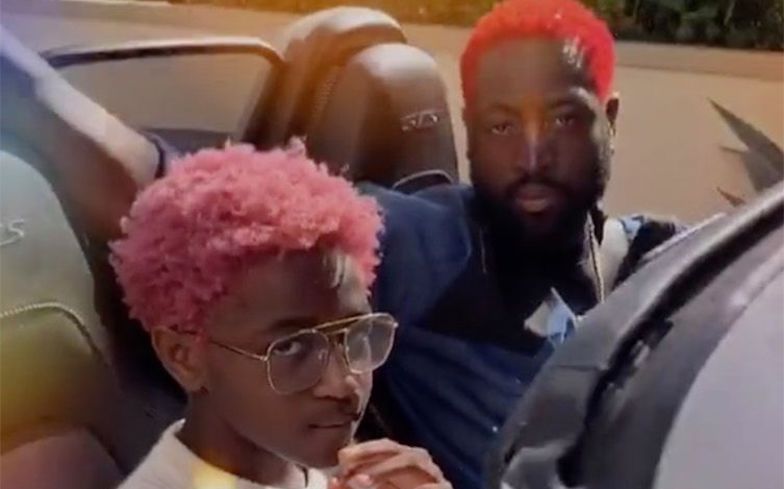 Dwayne Wade has dyed his hair in solidarity with his trans daughter Zaya.

Over the weekend, the former NBA star debuted his luscious new lockdown locks on social media, unapologetically captioning his Instagram post: “When they think they know you — Switch it up! #Free #RedHairDontCare.”

On his TikTok account – which Wade says is for the sole purpose to “embarrass” his kids – he was seen behind the wheel of his convertible with his 12-year-old daughter Zaya, who was sporting a fabulous bright pink do.

Dwyane and his wife, Gabrielle Union, have received wide praise over the past year for their inclusive parenting.

In February, Dwyane appeared on The Ellen DeGeneres Show and revealed that Zaya has recently came out as trans, saying he and Gabrielle are “proud parents of a child in the LGBT+ community” and “proud allies”.

“We take our roles and responsibilities as parents very seriously. So when our child comes home with a question or an issue, it’s our job as parents to listen and give them the best information we can and the best feedback we can,” he told Ellen.

Dwyane publicly voiced his support for Zaya’s queer identity for the first time last year after she attended Miami’s Pride Festival. In an interview with Variety, he then said it was his “job as a father” to support his daughter.

“I think as a family, we should support each other. That’s our job. And my job as a father is to facilitate their lives and to support them and be behind them in whatever they want to do” he told the publication.

The family have also shown their support of the LGBTQ community by launching a line of inclusive t-shirts. We need more supportive parenting like this in the world, please!