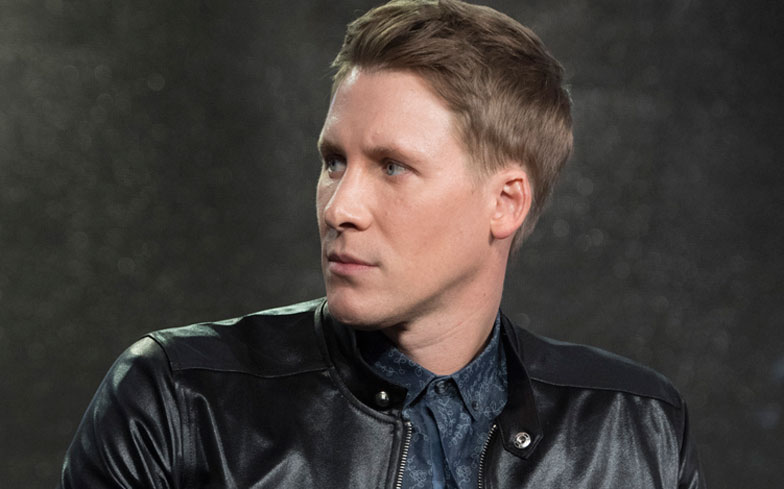 Dustin Lance Black was told by a radio caller that two men shouldn’t raise a baby together.

The Oscar-winning filmmaker announced earlier this year that he was expecting a baby boy with husband and Olympic diver Tom Daley, but not everyone was happy with the news, and some used the opportunity to air their homophobia.

During an appearance on BBC Radio 5 on Tuesday, Dustin was faced with another person who doesn’t agree with his decision to have a child, as a caller from Manchester told him that a child “needs the mother” to be healthy and happy.

“I don’t agree with Lance on a few things, that’s just my opinion. I agree with surrogacy, I think it’s good,” he said.

“The only thing I disagree with – and you’re not gonna like this Lance I’m afraid – I’ll just say my sister is gay and I’ve got two nephews what are gay. I don’t have an issue with gay people, I want to make that quite clear.

“But the only thing I don’t agree with, and it’s just something eating away at me and I’ve thought about it for a few years actually, is that I don’t think two blokes can bring a baby up. You need the mother there. The mother’s the one.

In response to the caller’s concerns, Dustin reminded him that plenty of children grow up without a mother or father, and they turn out just fine.

“I do have to say, there are all different kinds of families out there in the world, and for many different reasons – some more tragic than others – children are raised by single parents all the time,” he replied.

“I was raised by a single mother for some difficult reasons, and I think I had a very strong mother who raised me incredibly well.

“Will it be important that out son meets women in his life? Absolutely, and that will be there. It would be wrong to deprive a child of that – and frankly bizarre and probably impossible.”

Dustin also addressed a caller who suggested that children would be bullied if they had two parents of the same sex.

“That comment is a dangerous one, and I’m not sure the caller meant it this way, probably not,” he began.

“But the argument that people should only have children if they are in the majority – who in no way will have to explain to their child that they pray to a different god, or their skin is a different colour, or they have gay dads – that’s a very dangerous argument.”

You can listen to Dustin’s full show here.