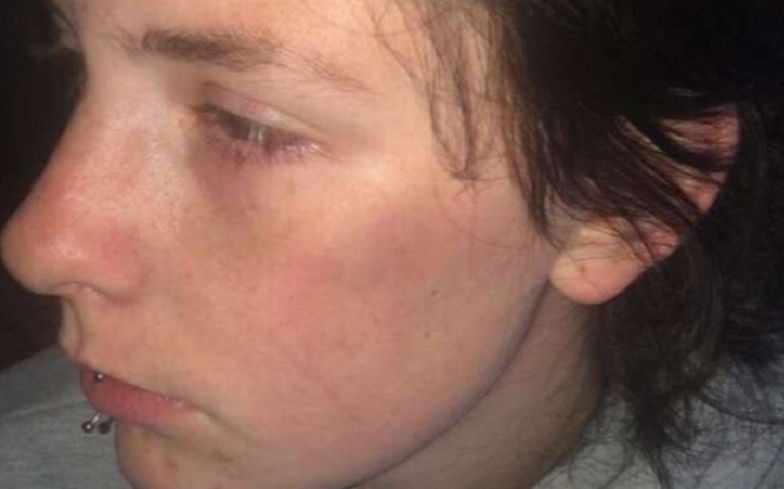 Kourtney Grant was attacked in an unprovoked assault.

A Dundee teenager, Kourtney Grant, has said she’s been left “messed up by it all” after being attacked in an unprovoked assault on Wednesday (17 June) by an unnamed woman.

Kourtney, aged 16, was tackled to the ground by the assailant in Pitkerro Road, just after midnight. The attack left her bleeding, with multiple bruises, her face was also left with scratches and there was a large cut on her elbow.

Speaking to the Dundee Evening Telegraph, Kourtney said: “I was walking when a girl came running up behind. She jumped on me and I fell to the ground. The left side of my face is all swollen and I have scratches on my face as well as my arms.

“My head and my arm were both on the ground.”

Kourtney was unable to identify her attacker, who also subjected her to homophobic abuse, but described her as having dark hair and a blue jumper.

Kourtney told the paper that she’d been targeted because of her sexuality before, and added: “I just want her [the assailant] to own up because the entire incident has stressed me out – I just feel a bit messed up by it all.

“People have said things about my sexuality before and they never really got to me – but this time it was obviously physical as well. If anyone who was out around about that time if they witnessed anything to please message me or my sister Rebecca Grant.”

The news came as hate crime reports in Dundee reached their worst levels in a decade. The Dundee Evening Telegraph reported that there were 155 hate crimes recorded in the city last year, with 69 of those motivated by the victim’s sexual orientation.