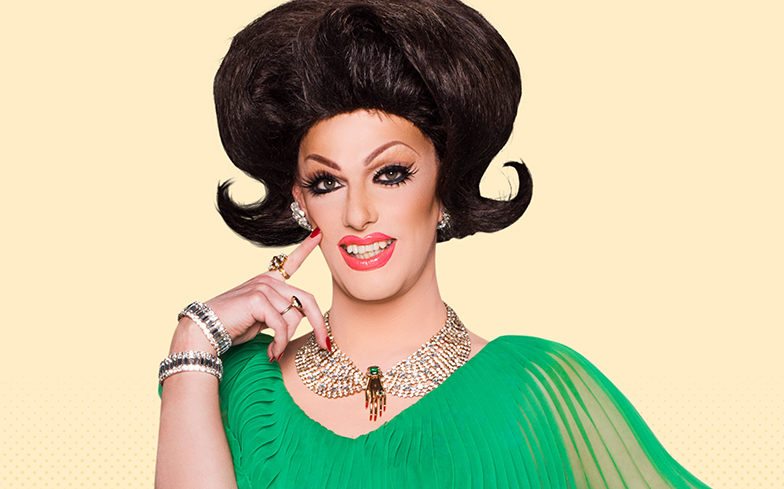 Robbie Turner has finally broken the silence surrounding her following her claims that she was in a ‘fatal’ car crash. Two weeks ago, Turner – whose real name is Jeremy Baird – was reportedly taking an Uber home when the car was hit by a drunk driver.

Turner claimed that she had been taken to hospital, but that she was mostly fine only suffering from having her shoulder jammed, a small eye injury and a bruise.

At the time, Turner also said that her driver did not survive the incident.

However, the events were immediately called in question after both the Seattle Police Department and a representative from Uber denied that the accident ever took place, when Seattle Gay Scene reached out for a comment.

Following the post Turner went silent, and this was met with both support and derision from fellow drag queens. But now, Turner has broken the silence and confirmed that the incident never took place.

Writing on Instagram, alongside a picture of a flower she wrote: “Much public attention followed my recent posts on social media. These were posts I regret sharing.

“I don’t remember much of that night, including leaving my place of employment. I do recall waking up bruised, disoriented, sore, and with an extremely vivid recollection of events that had, to my mind, absolutely occurred.

“It is clear to me that they did not, in fact, happen. The past few months have been very stressful for my family and I. The stress, depression, heartache and confusion during this time have overwhelmed me.

“On the advice of physicians and caring mental health professionals, I am taking a break from work and social media to spend more time with family and practice some important self-care.”

Turner then apologised to Uber’s CEO and her fans, saying: “In addition, I apologize to Dara Khosrowshahi, Uber’s CEO, for naming a company I respect in such a negative public way.

“That’s not who I am, but it’s what I did, and I am sorry for it. I also extend my apologies to Queer Bar, as well as anyone who may have felt that my original post lacked sensitivity. For that I am also regretful.”

“I hope to take better care of myself, learn from this painful season and nourish what brought me joy about my art to begin with.”

Much like last time, Turner’s post has been met with both support and derision, with many criticising her for lying. However, one supportive post read: “Everything happens for a reason and sometimes we need something extreme to shake us to the core to present what is truly needed.

“What matters most is your health and happiness. Let the naysayers spew their poison.

“I have witnessed your beauty and raw realness and kindness firsthand and can say I am a believer and supporter of your talent and so are many others. Get well sweetie. We ❤you! -Indigo’s Mom :)”