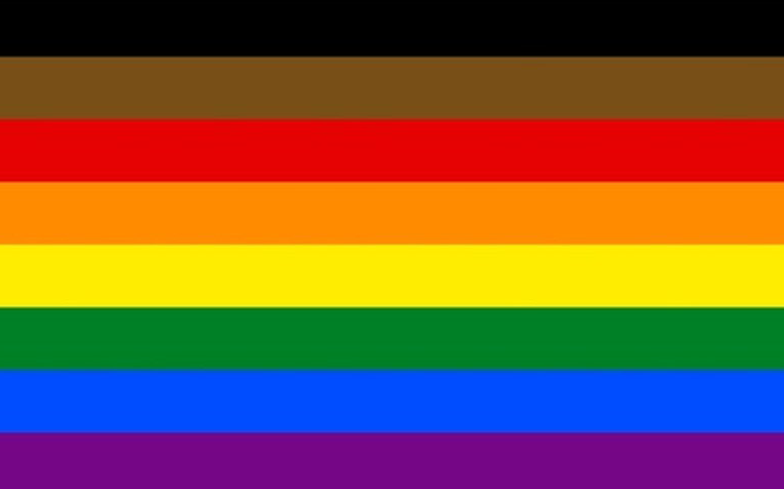 A drag queen has come under fire for a distasteful joke about the black and brown stripes on the rainbow flag.

The poster features the regular rainbow with a unicorn in the corner vomiting the black and brown stripes, which were added to the flag to better recognise queer people of colour. The caption read: “How it should be! See you there Manchester.”

As soon as the poster was uploaded, it received universal backlash from the LGBTQ community.

He said: “Whatever the stated intention, the visual cue and link is there. The comments consisted of people laughing, commenting support and citing “snowflakes” at a minority wanting to be seen on a flag for reasons they are fortunate to never have to endure.

“At the same time, these people think they have the right to tell me – who may have endure some of those discriminations – that I don’t need those stripes on a flag. I put it up because although it been taken down out of backlash – it had 81 likes before it was removed – it’s important that it’s not erased.

“People don’t think, and they don’t think because it doesn’t concern them.”

When the publication reached out to Wessex for comment, she said it was intended to be a “joke”.

“It was meant to be a joke at Manchester Pride who just decided to add the colours,” she explained. “So some people think it’s offensive because it’s the black and brown colour? The rainbow flag was made so it was inclusive of everyone.”

Bar Pop also stated: “We have worked hard to create a loving, accepting environment for everyone that walks through our community.

“We created the Taste the Rainbow Show as a way of demonstrating the pride we have for our community as a family, and we are sorry for any harm, upset or offence caused by the posting.”