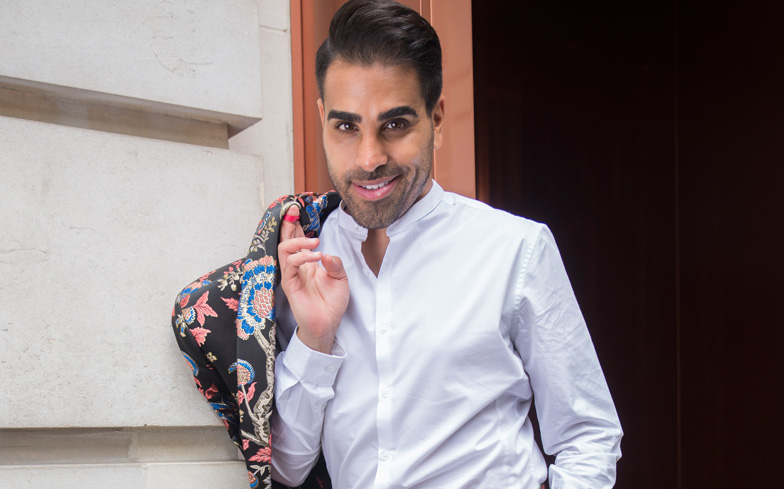 The former Strictly star opened up about his coming out journey and the difficulties involved in it.

This Morning’s Dr. Ranj Singh has opened up about previous suicidal feelings he had over his coming out journey. The NHS pediatrician was talking to the Mirror ahead of his appearance at Pride in London.

Reflecting on what was happening during that time, he said: “I came out of a straight relationship and started to accept who I actually was. I was truly broken. I felt like I was a really bad, horrible person just for being true to myself.

“In times like that, you have really dark thoughts and I did have times when I thought it would be easier not to be here.”

Ranj added: “It was only because of the kindness and grace of my friends and family, and the LGBT+ family that I was able to put myself together again.”

And despite having been out for a few years beforehand, he revealed that he only came out to his family when he was participating on Strictly Come Dancing. Ranj came tenth in last year’s competition, after being eliminated by Casualty actor Charles Venn in the dance-off.

Speaking about his family’s response, he said: “I never thought my family would be as accepting as they are.” He said they were the “most loving and supportive people I know.”

Last year, Dr Ranj Singh spoke to GAY TIMES in a cover interview. Breaching the subject of discrimination in both the media and medical industries, he said: “The media industry is much more accepting, but I feel like the medical world has a little further to go.

“It’s a bit ironic that the caring profession could ever be prejudiced, but it does happen. People like myself (and so many others) are here to change that though.”

And speaking about how proud he is being a gay man of Asian heritage, he said: “I’m proud to be part of a richly diverse heritage, and being part of the queer community adds even more colour to who I am and where I’m from.

“As queer Asians, we have so much to offer ourselves and to the wider world, so it’s time we recognised and celebrated it.”