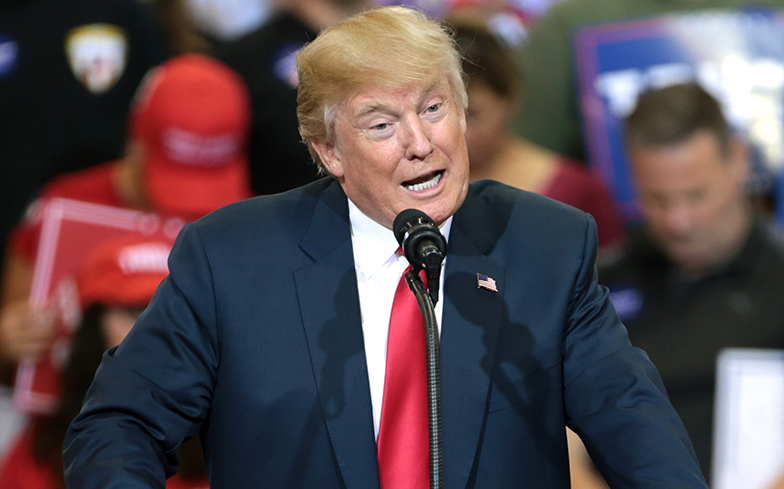 He also allegedly said Nigerians won’t “go back to their huts” once they saw America.

Donald Trump has reportedly said that Haitians “all have AIDS” and Nigerians visitors won’t “go back to their huts”, in a disgusting anti-immigration rant.

In an article posted yesterday by The New York Times, Trump made the alleged remarks in June during an Oval Office meeting, after domestic policy advisor Stephen Miller detailed how many immigrants had received U.S visas during his presidency.

Trump was “clearly enraged” that 15,000 Haitian immigrants had come to the US, which led to the businessman commenting that they “all have AIDS”. Upon learning that 40,000 Nigerians had immigrated, he said they would never “go back to their huts” in Africa once seeing the U.S.

Press Secretary Sarah Huckabee Sanders denied the reports, stating: “General Kelly, General McMaster, Secretary Tillerson, Secretary Nielsen, and all other senior staff actually in the meeting deny these outrageous claims and it’s both sad and telling the New York Times would print the lies of their anonymous ‘sources’ anyway.”

In the past, the President of the United States has made his views on immigration very clear, so these derogatory comments come as no surprise.

Earlier this month, it was revealed that Trump’s administration were banned from using “forbidden words” such as “transgender”, “diversity” and “science-based”.

He also failed to acknowledge the LGBTQ community during a speech on World AIDS Day, and in October, he became the first president to speak at an anti-LGBT hate group conference.