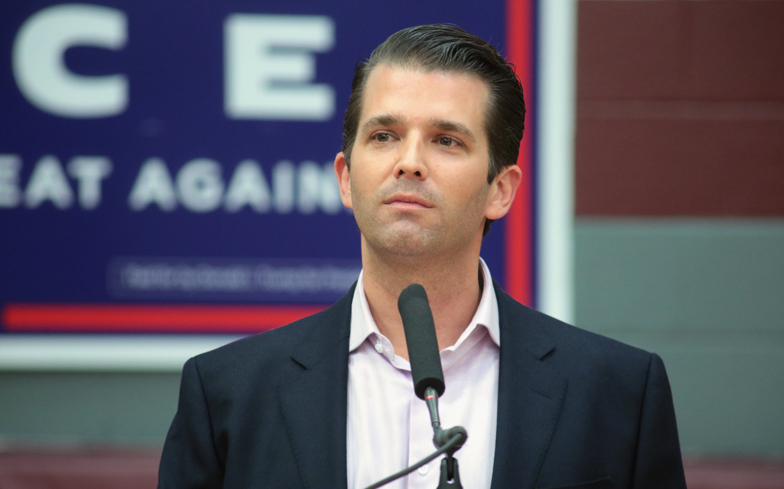 The son of the president of the United States of America has made a public and ignorant comment about people living with HIV, in response to an online article that doesn’t concern him.

Queer news outlet Queerty posted an article last week titled ‘What you stand to lose by not having sex with people with HIV’, in which they tell the story of two men who meet online and begin a brilliant and perfect relationship with each other.

The article then reveals the whole story was fictionalised, and never came to be because in reality, one of the men was quietly rejected by the other for having HIV. It goes on to explain the effectiveness of current HIV treatment as well as preventative measures such as knowing your status, PrEP, and condoms.

What is most unusual about the article, however, is that an immediate family member of a sitting US president chose, yesterday, to use it to shame the queer community.

Tr*mp Jr is seemingly suggesting that the ‘one thing you stand to lose’ is a HIV+ diagnosis, although it could be read that he’s referring to ‘your life’. His comment is not only inflammatory and uneducated, but dangerously harmful.

Although we haven’t come to expect compassion or education from high ranking members of the Tr*mp administration, it is still deeply concerning when someone with a platform of his magnitude uses it to spread bigotry and fear.

Unsurprisingly, a large majority of the replies to his tweet have been attempts to educate him on his position.

In the UK we are fortunate that the NHS not only cover the cost of treating HIV, but their buying power has been leveraged by clinics like 56 Dean Street in London to offer PrEP to the public at affordable prices.

By contrast, those without private medical insurance in America can face costs upwards of $20,000 annually for Anti-Retroviral Therapy to treat HIV, and PrEP without insurance can cost as much as $12,000.

We could spend all day contemplating why Tr*mp Jr posted this tweet or the fact that he clearly never read the whole article itself, but maybe that time is better spent wondering what other queer news outlets DT Jr spends his time browsing…

10 Facts about HIV you should definitely know by now.