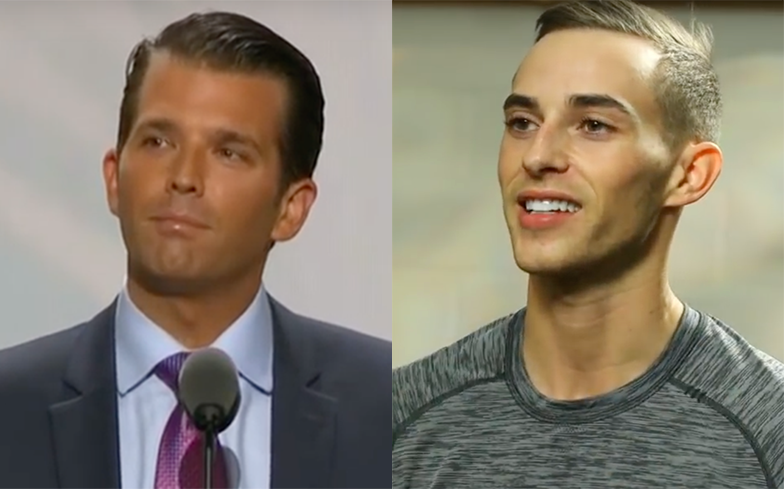 Donald Trump Jr. blasted out athlete Adam Rippon over comments he made about Vice President Mike Pence earlier this year.

During an interview with USA Today, the Olympian said he’d refuse a meeting with US Vice President Mike Pence: “You mean Mike Pence, the same Mike Pence that funded gay conversion therapy? I’m not buying it.

Adam added: “I don’t think he has a real concept of reality. To stand by some of the things that Donald Trump has said and for Mike Pence to say he’s a devout Christian man is completely contradictory.

His comments about the Vice President went viral, and during a press conference in Pyeongchang, Adam said that he did not want his “Olympic experience being about Mike Pence.”

This did not sit well with Trump Jr, who tweeted in response: “Really? Then perhaps you shouldn’t have spent the past few weeks talking about him. I haven’t heard him mention you once???”

Really? Then Perhaps you shouldn’t have spent the past few weeks talking about him. I haven’t heard him mention you once??? https://t.co/8lcCsoyBsq

Pence, however, has directly messaged Adam on Twitter. He told the athlete to not believe the “fake news” about his anti-gay remarks, and offered his support.

“.@Adaripp I want you to know we are FOR YOU. Don’t let fake news distract you. I am proud of you and ALL OF OUR GREAT athletes and my only hope for you and all of #TeamUSA is to bring home the gold. Go get ‘em!”

Adam has not responded to Trump Jr’s comments.

His relationship with fellow out athlete Gus Kensworthy also made headlines this week when they shared a kiss in defiance of Mike Pence – and the internet went wild.