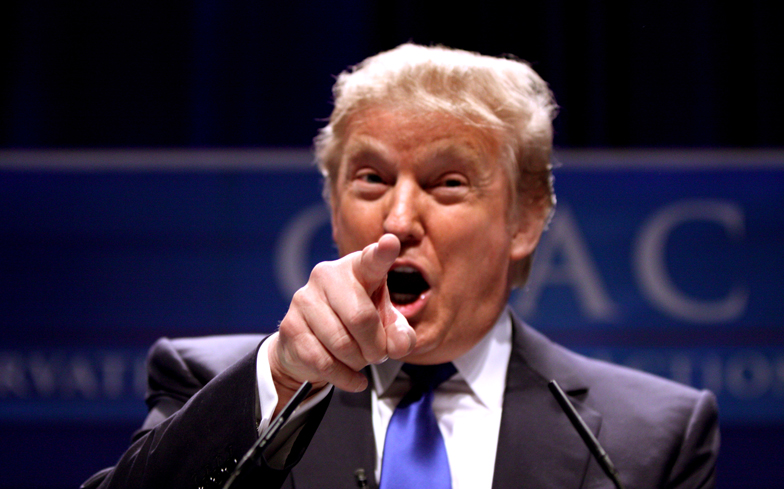 In an announcement, President Trump said that all “transgender persons with a history or diagnosis of gender dysphoria… are disqualified from military service except under certain limited circumstances.”

The statement, which was released through the White House, also claimed that this new policy was “developed through extensive study by senior uniformed and civilian leaders.”

Alongside the announcement, a memo from the Defence Secretary, James Mattis, was released. In the memo, Mattis told Trump that there were “substantial risks” in allowing trans people to serve. The memo said that they would have to be exempted from a series of mental, physical and sex-based standards.

The memo also warned that allowing trans people to serve “could undermine readiness, disrupt unit cohesion, and impose an unreasonable burden on the military that is not conducive to military effectiveness and lethality.”

Mattis concluded that transgender people could serve “if they have been stable for 36 consecutive months in their biological sex prior to our accession.” He also added that: “Service members diagnosed with gender dysphoria after entering into service may be retained if they do not require a change of gender and remain deployable [within] applicable retention standards.”

He continued, writing that “currently serving service members who have been diagnosed with gender dysphoria since the previous administration’s policy took effect and prior to the effective date of this new policy, may continue to serve in their preferred gender and receive medically necessary treatment for gender dysphoria.”

However, Mattis then wrote that transgender people who “require or have undergone” gender correction surgery would be “disqualified” from serving.

The announcement outraged activists, with the president of the Human Rights Campaign, Chad Griffin, saying: “There is simply no way to spin it, the Trump-Pence Administration is going all in on its discriminatory, unconstitutional and despicable ban on transgender troops.

“Donald Trump and Mike Pence are pushing their extreme anti-transgender prejudices onto the military over the overwhelming objections of bipartisan officials, national security leaders and the American public.”

“We will never stop fighting this discriminatory policy until every current and future transgender service member is treated equally and respected fully for their bravery,” he finished.

Despite the White House’s claims that the policy has been consulted upon by experts, last year the Marine Corps General, Joseph F. Dunford Jr., said that “any individual who meets the physical and mental standards, and is worldwide deployable and is currently serving, should be afforded the opportunity to continue to serve.”

Related: How can Trump’s transgender military ban be stopped?

A previous ban on transgender service members joining the military was first lifted back in 2016 by the then-Defense Secretary Ash Carter.

He proposed that transgender people would be able to enlist in the military by July 2017.

As we all know, when Trump was voted into the White House, he then confirmed plans to reverse that decision, saying that the federal government “will not accept or allow” transgender troops to serve “in any capacity” in the military.

Trump’s decision was challenged in court, and back in October was partially blocked by a judge, so hopefully this new ban might meet a similar fate, especially since District Judge Colleen Kollar-Kotelly, overruled a presidential memo last year that sought to ban transgender people from serving in the miltary.

The reason given was because  Trump’s motives were “not genuinely based on legitimate concerns regarding military effectiveness or budget constraints, but are instead driven by a desire to express disapproval of transgender people generally.”