Disney releases rainbow Mickey ears in time for Pride, and they’re SO cute 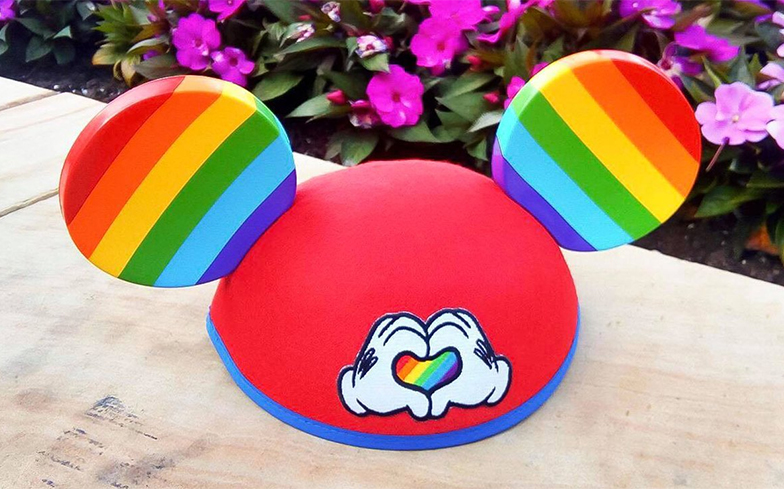 We’re going to need a pair of these, like, right now.

Part of the experience of visiting any Disney theme park is wearing your favourite pair of Disney ears, whether that’s a classic Mickey Mouse, a cute Minnie Mouse with a bow, or one of the many limited edition variations that pop up through the year.

But we think the latest Mickey ear release might be our favourite so far, as Disney pays homage to the LGBTQ community with a red cap featuring rainbow-coloured ears and a pair of Mickey Mouse hands forming a rainbow heart on the front.

Unsurprisingly, LGBTQ Disney fans have been loving the new design, and have been sharing their photos on social media.

Disney World got gay ears and I need to get them just to piss off old religious people pic.twitter.com/wsGYJhqYsw

It seems they’re currently only available in Walt Disney World and Disneyland California parks, but we’re keeping our fingers crossed that they make their way around the world – or at least onto their online store.

C’mon, Disney! We need to celebrate with Pride, too.

The company have been making small steps towards representation and inclusion for the LGBTQ community over the years, most notably when the Disney Channel featured their first ever coming out scene on popular kids show Andi Mack.

The forward-thinking series was the number one show in America in its time slot for kids aged 6 to 14 at the time, meaning its impact will have inspired and educated a whole new generation of LGBTQ people and allies.

But the progressive moment wasn’t welcomed by everyone, as Kenya banned the episode from airing, and Disney eventually pulled the show altogether across Sub-Saharan Africa due to “cultural sensibilities, compliance rules and regulations.”