Disney just launched its first ever Pride collection, and we want it all 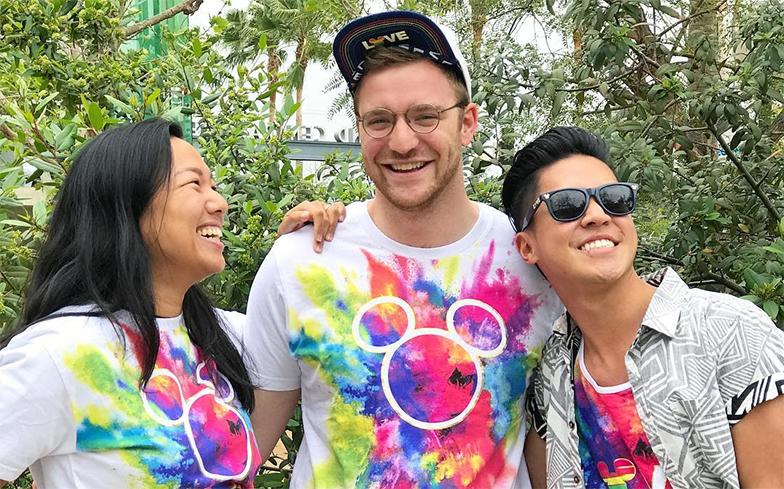 It’s no secret that LGBTQ people love Disney, and now the company behind your favourite films like Toy Story and Moana are paying homage to the community with a brand new collection of rainbow merchandise that you can rock with Pride.

The Rainbow Mickey Collection features tank tops, t-shirts, hats, water bottles, sunglasses, pin badges and even a fanny pack, all emblazoned with the iconic Mickey Mouse logo, which has been given a multi-coloured makeover. Even better, Disney have announced that 10% of profits from the Rainbow Mickey Collection will be donated to charity GLSEN, who aim to “create safe and affirming schools for all, regardless of sexual orientation, gender identity, or gender expression”.

We don’t need to tell you twice that we want every single item from the collection.

It’s not the first time they’ve celebrated LGBTQ people, as earlier this year, a new edition of the iconic Mickey Mouse ears was released in select Disney theme parks, featuring rainbow ears and a pair of Mickey hands forming a rainbow heart on the front.

They’ve also just announced that rainbow Minnie Mouse ears will be coming to Disney parks this summer, so you can complete your collection.

The company have been making small steps towards representation and inclusion for the LGBTQ community over the years, most notably when the Disney Channel featured their first ever coming out scene on popular kids show Andi Mack.

The forward-thinking series was the number one show in America in its time slot for kids aged 6 to 14 at the time, meaning its impact will have inspired and educated a whole new generation of LGBTQ people and allies.

But the progressive moment wasn’t welcomed by everyone, as Kenya banned the episode from airing, and Disney eventually pulled the show altogether across Sub-Saharan Africa due to “cultural sensibilities, compliance rules and regulations.”