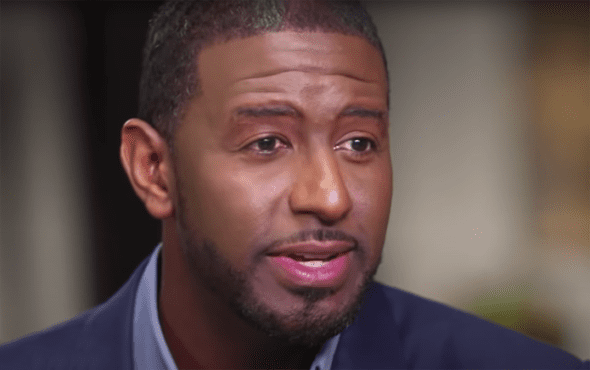 Andrew Gillum has publicly addressed his sexuality for the first time.

In an interview with journalist Tamron Hall, the former Tallahassee mayor and 2018 Democratic candidate for Florida governor said he identifies as bisexual.

“To be very honest with you, when you didn’t ask the question, you put it out there is whether or not I identify as gay,” he admitted. “And the answer is I don’t identify as gay, but I do identify as bisexual, and that is something that I have never shared publicly before.”

Gillum’s interview with Hall was his first since he was found in a Miami Beach hotel room in March with a male sex worker, who had reportedly overdosed on crystal meth.

According to police reports, he was found vomiting in the room and denied drug use, stating he had “too much to drink”. He later entered rehabilitation, citing struggles with alcohol following his narrow loss for the 2018 Florida gubernatorial race.

“Everyone believes the absolute worst about that day,” he explained. “At this stage, I don’t have anything else to have to conceal. I literally got broken down to my most bare place, to the place where I wasn’t even sure that I wanted to live. Not because of what I had done but because of everything that was being said about me.”

Gillum, who has three children with his wife of 11 years, said he was hurt by “this belief that I was somehow living a lie in my marriage and in my family.”

“We are all entitled to mistakes,” he added. “I believe we are entitled to those mistakes without having every other respectable and redeeming part of our lives invalidated.”

R. Jai Howard, Gillum’s wife, went on to address her husband’s sexual orientation, saying “so many people just don’t understand bisexuality” and that she believes “love and sexuality exist on a spectrum.”

“All I care about is what’s between us and what agreement we make,” she said.

Gillum continued: “Bisexuality in and of itself doesn’t lead to unfaithfulness.

“There are men who are in marriages with women who just because they’re married to a woman doesn’t mean they’re not attracted to other women, and at any point can slip up, make a mistake, do something, and that is what it is.

“The same thing in bisexual relationships. You can be attracted to both, you got a bigger terrain out there that you have to contend with, but you can still choose to be physically with one person.”