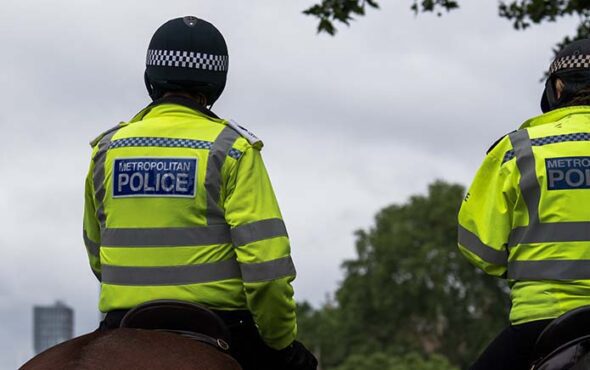 The victim of a homophobic attack has been taken to hospital after being pushed into a canal by an unknown suspect.

Merseyside Police were contacted at around 3:10am on 4 September after being informed about a man being shoved into a Liverpool canal.

It is alleged that he was pushed into the water after being verbally assaulted with a homophobic slur by a stranger.

When emergency services attended the scene, the victim was “extremely shaken” and had to be taken to hospital.

He was fortunately found to not have any injuries and police are now attempting to locate the culprit.

“Detectives are appealing for information following a hate crime assault in Liverpool this morning (Saturday 4 September),” Merseyside Police said in a statement.

“At around 3.10am we received a report of a man in the canal next to Mann Island apartments.

“It was reported that the man was pushed into the water by an unknown suspect and a homophobic slur was directed towards him.

“Emergency services attended and the man was taken to hospital. He did not suffer any serious injuries but was left extremely shaken by the incident.”

Those with information on the incident are instructed to share what they know with authorities so the attacker can be found.

The statement continued: “Detectives have launched an investigation to find who was responsible for the assault and are appealing for anyone with any information to come forward.

Joanne Anserson, the Mayor of Liverpool, said that she is “horrified” by the city’s latest homophobic attack.

She added: “I am horrified that another homophobic attack has taken place in our city. The people of Liverpool want our city to be welcoming and safe for everyone.

“I echo Merseyside Police and many others that – hate crime and those who carry out these attacks – are not welcome in our city.”