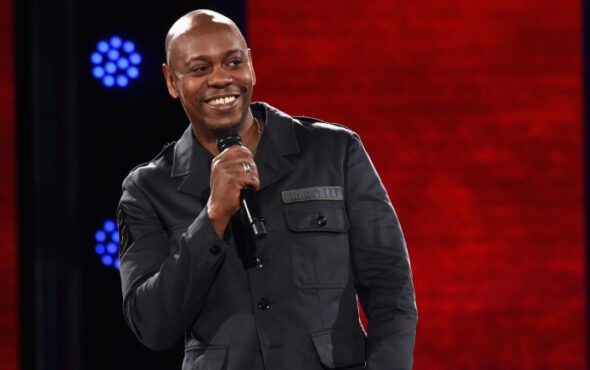 Dave Chappelle has defended J.K. Rowling and declared himself a “TERF” in a rant “ridiculing trans people”.

The stand-up comedian is facing backlash after making the comments in The Closer, his latest comedy special on Netflix.

“They cancelled J.K. Rowling — my God. [Effectively] she said gender was a fact, the trans community got mad as shit, they started calling her a TERF,” Chappelle says.

“Dave Chappelle’s brand has become synonymous with ridiculing trans people and other marginalized communities,” they write in a statement on Twitter. “Negative reviews and viewers loudly condemning his latest special is a message to the industry that audiences don’t support platforming anti-LGBTQ diatribes. We agree.”

Dave Chappelle's brand has become synonymous with ridiculing trans people and other marginalized communities. Negative reviews and viewers loudly condemning his latest special is a message to the industry that audiences don't support platforming anti-LGBTQ diatribes. We agree. https://t.co/yOIyT54819

The National Black Justice Coalition, a civil rights advocacy group, share a similar sentiment – calling on Netflix to pull the special that landed on the platform on 5 October.

“With 2021 on track to be the deadliest year on record for transgender people in the United States — the majority of whom are Black transgender people — Netflix should know better. Perpetuating transphobia perpetuates violence,” David Johns, executive director of the group, explains in a statement. “Netflix should immediately pull The Closer from its platform and directly apologize to the transgender community.”

Elsewhere in the special, Chappelle defends DaBaby in reference to his derogatory comments about AIDS and the LGBTQ+ community.

“Part of the LGBTQ+ community doesn’t know DaBaby’s history,” the 48-year-old says. “He once shot [19-year-old Jaylin Craig] and killed him, in Walmart. This is true.

“Do you see where I’m going with this? In our country, you can shoot and kill a [n-word], but you better not hurt a gay person’s feelings.”