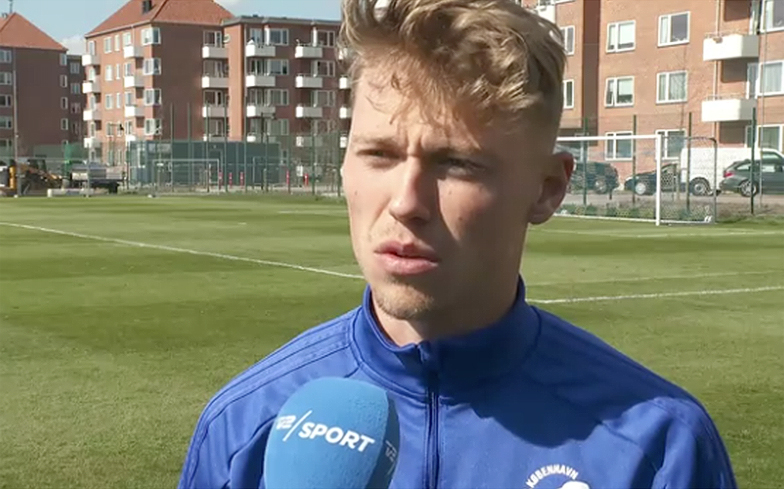 In recent days, the 24-year-old FC Copenhagen player was targeted twice with homophobic slurs from opposing teams, once at a game his team wasn’t even playing at.

Speaking to Danish channel TV2, Fischer said he doesn’t have a problem with being called gay, but that “the problem for me here is that the word ‘homo’ was used as an insult. Especially in 2019 in Denmark, it should not be anymore.”

“That is a very, very bad culture for young people and generally for everyone who comes to a football stadium to see football,” he continued.

“There’s something of a culture in elite sport, in football, which is based on just being tough, keeping quiet, because that makes you a strong sportsman.

“But it’s not about being a strong sportsman. It’s about the culture at stadia needing to be better. It’s about ‘homosexual’ not being an insult.”

Fisher received backing from the Danish Football Association (DBU), which said in a statement that “homophobia has no place – either on or off the pitch.”

“It is crucial that players who are subjected to harassment of any kind react and call it out. Viktor Fischer did this, and that deserves respect,” the statement read.

The DBU shared their statement on Twitter, adding: “Football is for everyone, regardless of sexuality. We will not accept episodes like the one at Odense Stadium yesterday.”

They added that disciplinary action will be considered in response to the incidents at both matches. The football clubs involved have all condemned the discriminatory behaviour by fans, as have the teams’ fan clubs.

FC Copenhagen took “a clear distance from homophobia” on Twitter.

Peter Holk Svendsen, head of LGBT Danmark, appreciated how the fans’ actions were unilaterally condemned but said that “Danish football can do more to fight homophobia,” noting that no professional players in Denmark have publicly come out as gay.

“It’s a challenge that this is not a culture in which it’s possible (to come out), and there’s not enough acceptance for all segments of Danish society,” he said.

A 2018 survey by the DBU found that, amongst players, coaches, parents and officials involved in youth football, 15% reported having experienced homophobic slurs.