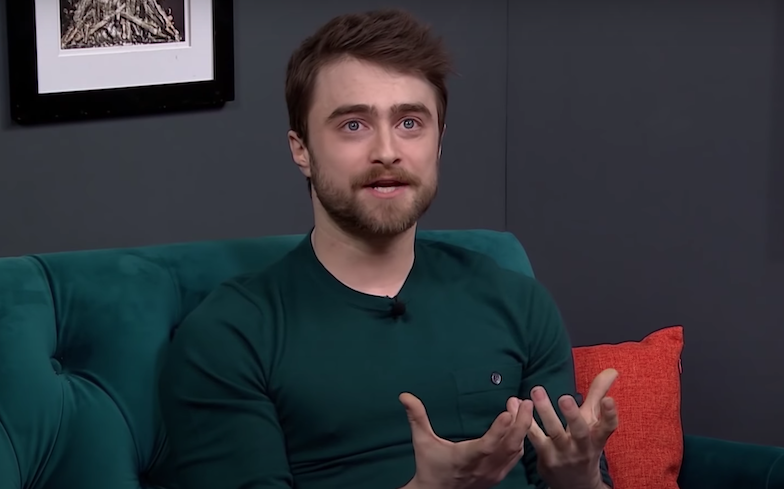 “I am deeply sorry for the pain these comments have caused you.”

Daniel Radcliffe has voiced his support for the trans community following anti-trans comments made by JK Rowling.

Over the weekend, the Harry Potter author caused controversy over Twitter as she spewed anti-trans venom in response to an article about people who menstruate, and how best to support them after the coronavirus pandemic has ended.

“‘People who menstruate.’ I’m sure there used to be a word for those people. Someone help me out. Wumben? Wimpund? Woomud? If sex isn’t real, there’s no same-sex attraction,” she wrote to her 14 million followers.

“If sex isn’t real, the lived reality of women globally is erased. I know and love trans people, but erasing the concept of sex removes the ability of many to meaningfully discuss their lives. It isn’t hate to speak the truth.”

In an open essay for non-profit LGBTTQ+ organisation The Trevor Project, Radcliffe also criticised Rowling’s comments and voiced support for the trans community, stating facts such as: “Trans women are women.

“Any statement to the contrary erases the identity and dignity of transgender people and goes against all advice given by professional health care associations who have far more expertise on this subject matter than either Jo or I.

Radcliffe acknowledged the pain of Rowling’s comments to her avid readers, writing: “To all the people who now feel that their experience of the books has been tarnished or diminished, I am deeply sorry for the pain these comments have caused you.

“I really hope that you don’t entirely lose what was valuable in these stories to you. If these books taught you that love is the strongest force in the universe, capable of overcoming anything; if they taught you that strength is found in diversity, and that dogmatic ideas of pureness lead to the oppression of vulnerable groups; if you believe that a particular character is trans, nonbinary, or gender fluid, or that they are gay or bisexual; if you found anything in these stories that resonated with you and helped you at any time in your life – then that is between you and the book that you read, and it is sacred.”

He concluded his essay by assuring fans that their relationship with Rowling’s books ‘can’t be touched’ and that “it means to you what it means to you and I hope that these comments will not taint that too much.”

Rowling’s transphobic views initially came to light when fans noticed that she was following a proud transphobe on Twitter. She was also criticised in 2018 when someone discovered she liked a tweet that said trans women are “men in dresses”.

She also proudly supported Maya Forstater, a researcher who lost her job after tweeting that trans women cannot change their biological sex, in reaction to proposals of the Gender Recognition Act which would allow people to identify as the opposite sex.

Related: Feminist bookstore will donate to Mermaids whenever someone buys a JK Rowling book.