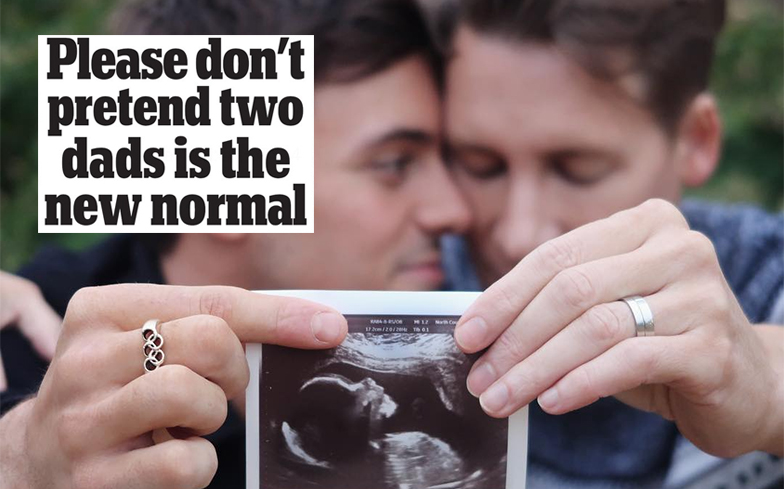 The column – written by right-wing journalist Richard Littlejohn – was in response to Tom Daley and Dustin Lance Black’s news that they are to become fathers, after they posted a scan of their unborn baby on Instagram to celebrate Valentine’s Day.

However, Littlejohn’s piece didn’t celebrate the fact that in 2018, families can come in a manner of different set-ups. It was quite the opposite.

The piece rightly caused outrage, and some of the Daily Mail’s major advertisers decided to stop placing ads with them, including Center Parcs, Quorn and the Southbank Centre.

“Southbank Centre reaches out to audiences through wide-ranging online and offline media titles, across the political spectrum,” the latter stated. “We monitor the environment in which our advertising appears, to ensure the values of a publication are compatible with our own. We have no future plans to advertise within the Daily Mail.”

It was a clear call to the newspaper that spreading hate in 2018 is not acceptable.

However, in response, a spokesperson for the publication didn’t apologise for Littlejohn’s bigotry, but rather defended it by insulting the people it offended.

“Had any of the political zealots who attacked Richard Littlejohn’s column actually read it they would know that he explicitly supports civil partnerships and the fostering of children by gay couples – hardly evidence of homophobia,” they said in a statement to the Press Gazette.

“Nor is it homophobic to ask whether it is right to deny a child the love of its own mother.

“It is very sad that any advertiser should give way to bullying by a tiny group of politically motivated internet trolls in their attempts to censor newspapers with which they disagree.”

As for the parents-to-be themselves, Dustin Lance Black too to Instagram over the weekend to address the negative reaction their good news.

You can read Dustin Lance Black’s cover interview in the January 2018 issue of Gay Times here.