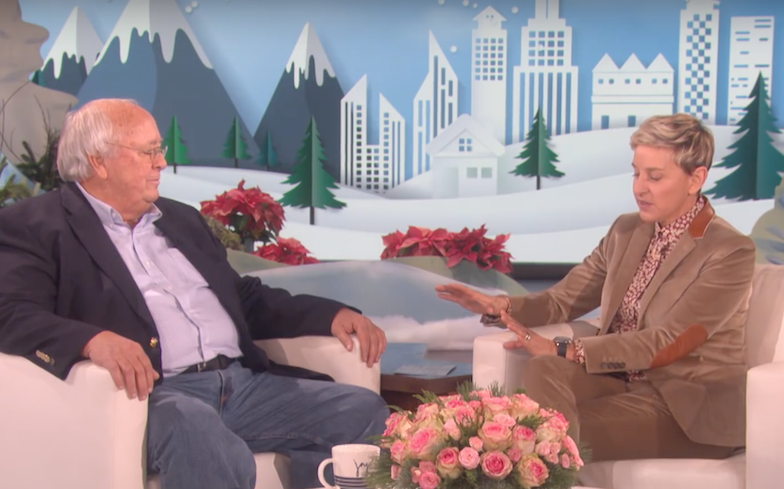 “Patti Sue Mathis, your death was not in vain.”

Nathan Mathis made headlines earlier this week when he protested outside a Roy Moore senate rally, claiming the Alabama politician called his late lesbian daughter a “pervert”.

The 74-year-old farmer – who lost his daughter to suicide – held a one-man demonstration on Monday night at an event for the GOP Senate candidate in Midland City, Alabama.

He held up a sign which read: “Judge Roy Moore called my daughter Patti Sue Mathis a pervert because she was gay. A 32-year-old Roy Moore dated teenage girls ages 14 to 17.

“So that makes him a pervert of the worst kind. Please don’t vote for Roy Moore!”

Nathan Mathis is here outside the Moore event. He tells me his daughter committed suicide and says Roy Moore called her a pervert because she was gay. “My sign says it all,” he said. pic.twitter.com/5qZnM0IyNJ

In an emotional interview with Ellen, Mathis revealed that he originally resisted upon finding out about his daughter’s sexuality, even trying to find a medical cure.

He opened up: “We took her to other doctors, psychiatrists, every one told my daughter, ’Patti, you can’t help the way you are. That’s what made me change.”

After his daughter’s suicide, Mathis turned his attention to campaigning to gay rights, and said: “The last thing we needed was Roy Moore in Washington. Roy Moore needs to be somewhere gettin’ psychiatric help, that’s where he needs to be.”