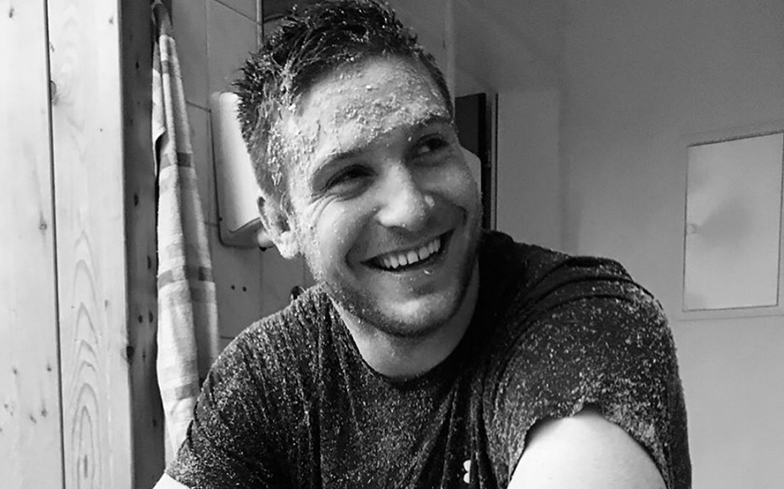 Curdin Orlik has made history by becoming the first Swiss athlete to come out as gay.

The 27-year-old is a champion in the sport of Schwingen (Swiss wrestling). Although it’s not particularly known outside Switzerland, it’s the country’s national sport – which means Orlik’s coming out is pretty major for LGBTQ representation.

In his coming out interview with The Magazine, Orlik revealed: “For far too long I have pushed out who I really am. I always knew that I was gay, for sure since I was 12. But I thought: this is wrong, it cannot be.

“I heard things on the school building square [like] ‘you gay pig,’ ‘you faggot.’ Or in soccer, ‘such a gay pass!’ Even when [wrestling]. Sure nobody really meant that, but if you’re like that yourself, you think, ‘Shit, that’s not a good thing.’

Although Orlik became more comfortable dating as he grew older, he found gay apps to be uncomfortable.

“I felt abused. I thought if being gay meant you were so miserable, it wasn’t for me,” he said. “Getting to know good gays is doubly difficult if you keep your gayness hidden. You are defenseless because fear always resonates that you are exposed.

“Who should I have talked about bad experiences with? I was alone. It may sound stupid, but I figured I needed a girlfriend.”

Orlik ultimately married a woman and had a child.

Despite this, he still felt an attraction to men – which led to his interview with The Magazine. The publication were fully supportive of Orlik’s journey and interviewed him and his family and friends over the span of a year.

They didn’t publish the story until Orlik felt comfortable.

After seeing the outpouring of love, the athlete wrote on his official social media accounts: “Wow. I am overwhelmed by the large number of positive reactions that you have sent me through a variety of channels.

“With your wonderful feedback, I’m now starting a new, open and free period of life.”