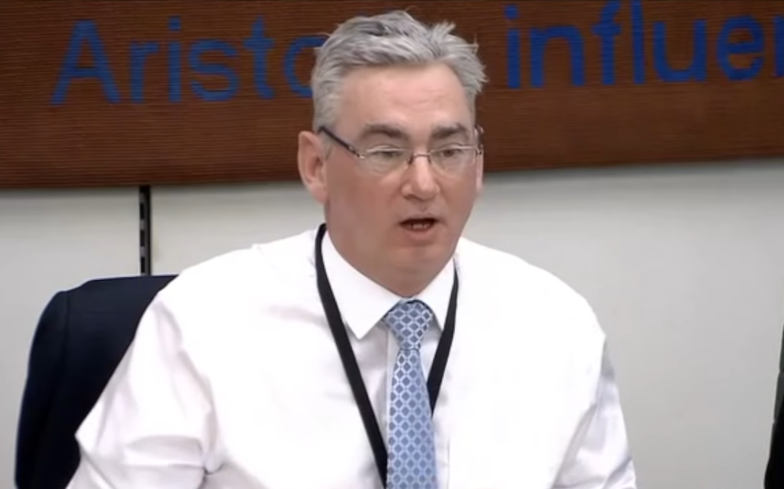 Julian Knight has called for changes to the Football (Offences) Act 1991.

The newly appointed Chairman of the Digital, Culture, Media and Sport Select Committee, Julian Knight, has said that football is still “intolerant” of gay people, and highlighted the lack of openly gay players in the upper levels of the sport.

In his first interview to The House magazine since his appointment, Knight said: “It’s incredible is it not, in a Premier League of several hundred players… that we don’t have an openly gay footballer.

Being described as ‘passionate’ about the issue, Knight said he wanted to see amendments to the Football (Offences) Act 1991, which banned racist chanting at football matches.

The aim of this legislation would be to ban homophobic chants from football grounds, and tackle homophobia in the same way that racism is currently tackled.

Explaining this, Knight added: “[Amending the Act] is something that has been mooted for a long time, but because of elections, it’s never happened.

The former chairman of the committee that Knight chairs, Damian Collins, said similar things in the past, and had previously introduced a bill into parliament.

Earlier this year, rugby legend Gareth Thomas called on the government to take further action against homophobia in football, adding there was “a blatantly obvious black hole in the law.”

Speaking about the issue on the Don’t Tell Me the Score podcast, Gareth said: “We will have an act of racism, it hits the headlines, everyone comes out reacting in the right way.

“Another two or three months later another racist act or homophobic act or transphobic act will occur and everyone will react in the right way – but when you look at it seven months down the line, nothing has happened because everyone has reacted enough.”

During the podcast, Gareth also confirmed that he would be lobbying Julian Knight in order to get changes to the Football (Offences) Act 1991 made. He also called on Boris Johnson to take action on the matter.

“If you are running a country then you run the country to support everyone and to make better conditions for people to live in,” he said.

Related: Coronation Street star hopes for a “catalyst” for gay footballers to come out