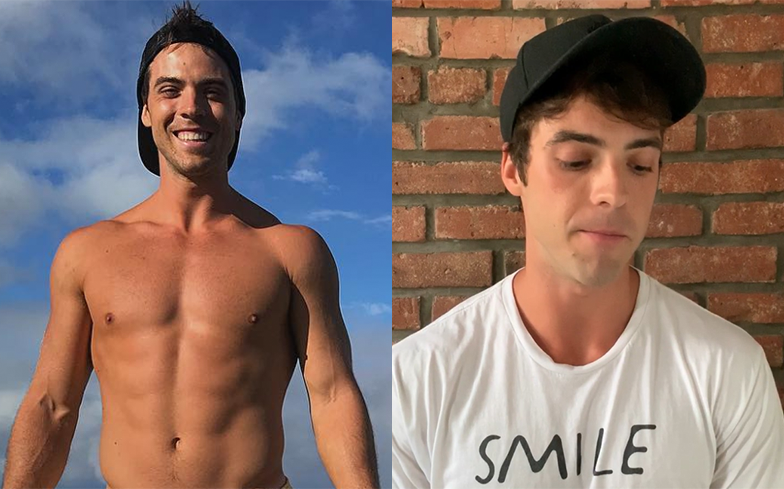 “I know this isn’t a fitness related post, but there’s been something on my mind that I’ve been wanting to talk to you guys about for a while now,” he began. “I think I’m finally ready to. So, I’m gay, and I’m at a point in my life now where I’m okay with that.”

Alec said it’s been a struggle for him to accept his homosexuality, but now he’s finally happy with who is. He first knew he was attracted to men when he was 12-years-old, which he “hated” himself for.

In high school, he participated in multiple sports because he was hiding who he was, and thought it would distract him from his true identity. “It got to the point where it was unhealthy,” he admitted.

Alec made the decision to come out to his followers because he wants to share more about his personal life.

“Ever since I was a kid, I told myself that I was never gonna tell anybody and figure it out when I’m older,” he continued. “And I’m older, and I’m still figuring it out now. I still don’t really know who I am and it’s okay. It’s okay to not know who you are.”

Since moving to New York, Alec has met “so many” people who are accepting of his sexuality, and he credits them for being able to live as his most authentic self. “Don’t feel pressured into coming out,” he added.

Alec’s post was met with an outpour of support from fans and fellow athletes – watch his coming out message below.