Councillor says she was victim of transphobic abuse at Labour conference 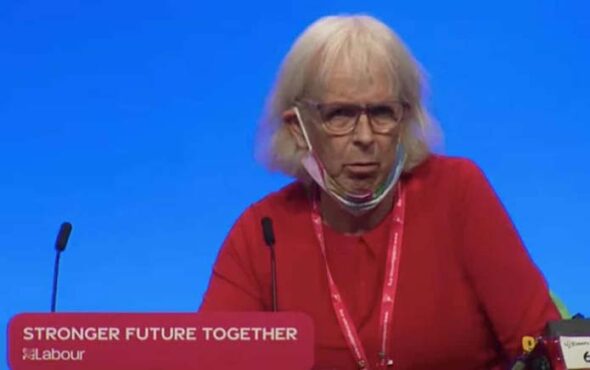 A trans Labour councillor has alleged that she was the victim of transphobic abuse at the party’s annual conference.

Councillor Patricia Hannah-Wood said that when she was using the venue’s toilets on 26 September, a colleague subjected her to transphobic hate.

During a speech to delegates on 28 September, she said: “On Sunday evening … I was in the loo downstairs with a few of my colleagues from the North West when I was transphobically abused in this conference centre by one of our sisters in this conference hall now.

“It should not happen, we have got an anti-bigotry and anti-bullying policy in the Labour Party. We need it to be enforced.”

Hannah-Wood went on to call for LGBTQ+ equality given the “obstacles and growing violence” facing the community.

The councillor urged Labour to fight for a ban on conversion therapy, as well as making its use on those under the age of 18 illegal as a “form of child abuse, punishable by law”.

Hannah-Wood also advocated for trans people having the “same right for self-determination as anyone else” before calling for equal access to shelters for victims of domestic abuse and rape.

She went on to say that LGBTQ+ people are “under constant attack” in society.

Hannah-Wood’s sentiment was echoed by Councillor Kevin Brady, of LGBT+ Labour, who explained that the “fight for basic human rights” and LGBTQ+ equality is “very much a live issue.”

“The idea that progress is an unstoppable force never to be curtailed, the idea that we can’t start to slip backwards is dangerous and untrue. Hate crime is rising in the UK,” he added when talking to delegates.

A study published on 29 September revealed that discrimination against trans and non-binary people continues to be rife in the UK.

“These findings are shocking but in no way unexpected,” Chay Brown, director at TransActual, said. “They merely put figures to a perilous situation that almost every trans person in the UK is well aware of. Transphobia feels unescapable, whether we’re at home, at work or when we go to the doctor’s.”