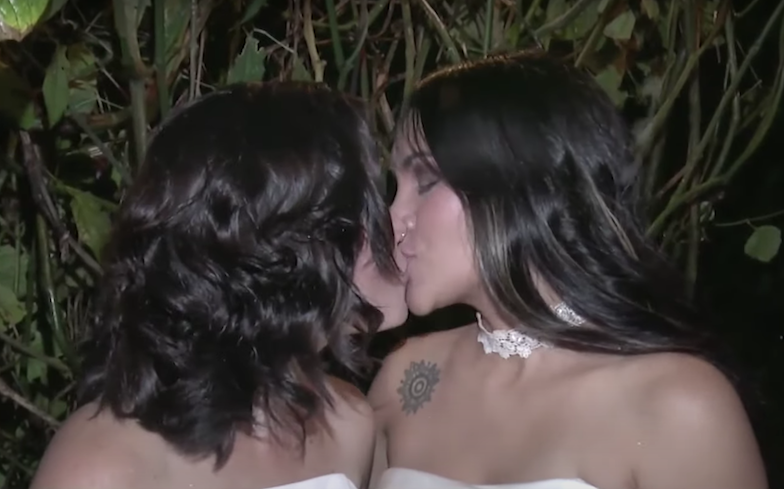 Lesbian couple Alexandra Quiros and Dunia Araya became the first to tie the knot in a televised ceremony that took place immediately after the new law came into effect.

“Today we celebrate liberty, equality and our democratic institutions. May empathy and love be the compass that guide us forward and allow us to move forward and build a country that has room for everyone.”

Marriage equality in Costa Rica comes to fruition after two prior judicial rulings.

In 2016, Luis Guillermo Solis – Costa Rica’s president at the time – promised to expand rights for the LGBTQ+ community and later called for the Inter-American Court of Human Rights to implement same-sex marriage.

Two years later, the court ruled that all countries under its jurisdiction needed to legalise same-sex marriage.

The country was then thrown into a General Election, where the legalisation of same-sex marriages became one of the key campaigning points because of the homophobic pastor, Fabricio Alvarado Muñoz.

Thankfully, when the results came in, he was beaten by a comfortable margin.

In August 2018, the Supreme Court in Costa Rica ruled that the ban was unconstitutional, and that the country needed to legalise same-sex marriage within 18 months from the court’s ruling on 26 November 2018.

Enrique Sánchez, Costa Rica’s first openly gay member of parliament, praised the law and those who had spent their careers lobbying for the same-sex marriage ban to finally be lifted.

“With their experience, their struggles… they have helped build a society where there are no second-class families or second-rate people,” he told Reuters.

Same-sex couples all over the country are now getting married, but are forced to keep their ceremonies small due to fears over the coronavirus pandemic.

“You are an example showing the world that #LoveWon. Now it’s time for the Freedom to Marry throughout #LatinAmerica.”