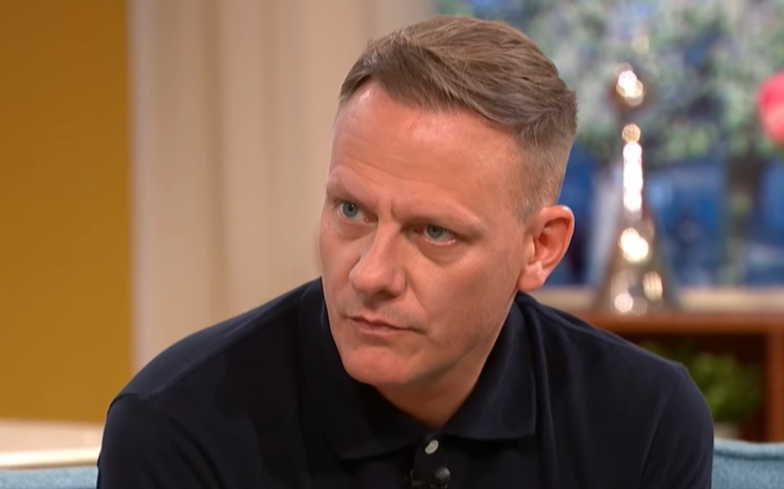 While many celebrated, some tried to ruin the occasion.

Manchester Pride held its march yesterday, and sadly some homophobes attempted to disrupt the event. Some of the picket signs that protesters were waving read: “Abstain from fleshly lusts which wage war against the soul.”

However, Corrie star Antony Cotton, who plays gay character Sean Tully, jumped off of the official Coronation Street float to confront the protesters.

People who observed the event say that Antony Cotton approached the protesters with a Pride flag, before using it to touch their signs. As we went back to the float, he blew a kiss in their direction.

He is also reported as telling the protesters to ‘shut up.’

Daniel Brocklebank, who plays Cotton’s love interest on the soap, told the Manchester Evening News: “Corrie has always been a huge supporter of the LGBTQ+ movement.

“Although we are lucky enough to live in the UK, where laws and how people react to the LGBTQ+ community is good, there are still 70-odd countries where people like me are illegal – eight of which still carry the death penalty. So it’s important to show our solidarity.”

Earlier this year, Coronation Street revealed it would be exploring the issue of homophobia in football with its new character, James Bailey. The storyline is set to air in the coming months, with Corrie actress Lorna Laidlaw teasing the family needs to go through a big revelation before it can begin.

Speaking to the Daily Star, she said: “I have been coming to pride for over a decade now. The love and acceptance shown by the people of Manchester allowed me to accept my bisexuality and be proud of who I am.

“The work that Manchester Pride does throughout the year to engage with and create opportunities for people in Manchester’s LGBTQ+ community and beyond makes a huge difference to so many people’s lives.”

Related: Here’s everything you need to know ahead of Manchester Pride 2019