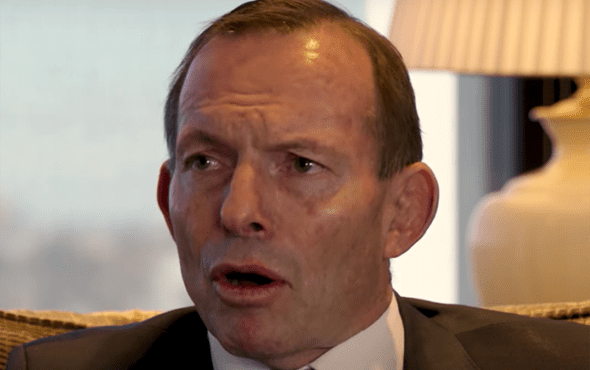 It has been announced that former prime minister of Australia, Tony Abbott, has been appointed as a trade adviser to the UK government.

Abbott, who held the position of Prime Minister from 2013 to 2015, has drawn extensive criticism for his offensive statements and political standpoints over the years.

The controversial decision has been met with uproar from LGBTQ+ activist and campaigners. A letter to the government has been released showing concern for the recent decision and the possible effects it could have on the LGBTQ+ community in the UK. Sir Ian McKellen, Rachel McClelland and Lord Cashman are just a few of the many public figures that signed the letter.

Join me and many others, and sign this open letter against the appointment of Tony Abbott: https://t.co/gvxdb7dRaD

He was opposed to same-sex marriage in Australia – and has made offensive statements ranging between homophobic remarks – and sexist viewpoints.

Abbott has also been involved in the controversy surrounding his family, relating to his stances on the LGBTQ+ community. In 2017 – before Australia’s referendum and legalization of same-sex marriage – the former PM made dismissive comments towards his sister Christine Forster and her partner Virginia.

In his new role, he will be advising the Board of Trade – which was created to “help Britain make a stronger case for free trade on the international stage…”.