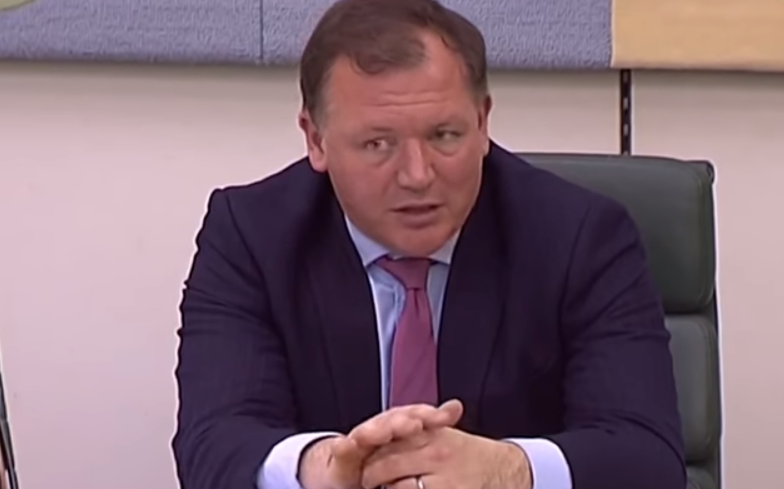 Damian Collins is the Conservative MP for Folkestone and Hythe and is the current chair of the Culture, Media and Sport select committee.

Conservative MP Damian Collins has announced plans to broaden the 1991 Football Offences Act to include homophobic chanting. Gareth Thomas, a former rugby player for Wales is set to join him on Monday in Parliament to introduce the bill.

The current legislation makes it illegal to make indecent or racist chants, throw objects inside the premises of a sporting event or go onto the pitch with permission. If the law is broken, a person can face up to a £1,000 fine.

If the law is broadened in the way that Collins is seeking, it would now become illegal to make chants or gestures “of an indecent nature with reference to either sexual orientation or gender identity.”

On his bill, Collins said: “Whilst, if enacted, the bill would protect LGBT+ fans and players in the UK, recent events, including at the World Cup, have once again demonstrated that homophobic abuse takes place at football matches the world over.

“FIFA and other sports governing bodies should take the necessary steps to ensure that homophobic abuse will never be tolerated and that action will be taken against people that engage in activities like these, no matter where the game is played.

“We hope that the bill will soon become law and will contribute to making football a sport that is truly open to everyone.”

Homophobic chanting is a massive issue in football. Just earlier this week, FIFA fined Mexico $10,000 after its fans continued to chant the homophobic slur, ‘puto’ during their 1-0 victory over Germany.

‘Puto’ is a slur used to refer to a male sex worker, and has long been shouted by football fans at Mexican matches towards players on the opposing team.

FIFA warned Mexican fans at the World Cup in Russia that their team could face “additional sanctions” if there are “repeated infringements”.

Mexican striker Javier Hernandex appealed to fans to adhere to the warning, urging them to stop chanting the homophobic slur during their future matches.

“To all Mexican fans in the stadiums, don’t shout ‘Puto’,” he wrote on Instagram. “Let’s not risk another sanction.”