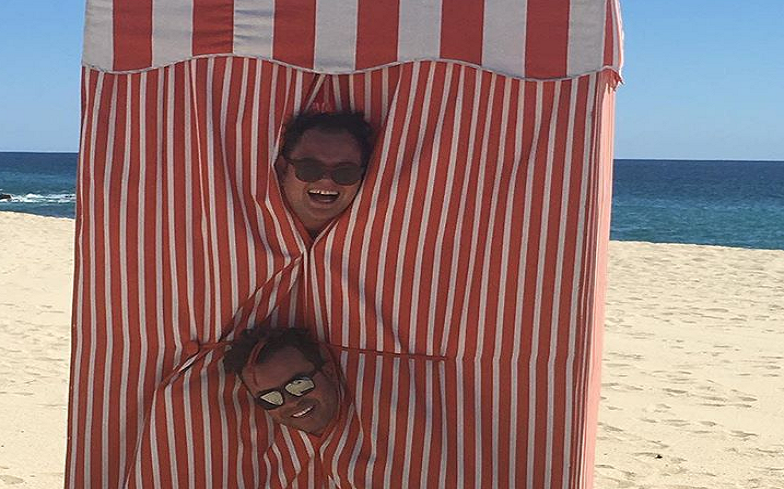 The publicist said that they were married in a “small, private ceremony” last week.

Alan Carr’s publicist has announced that the 41 year old comedian has married his long-term boyfriend Paul Drayton last week. The pair have been in a relationship for the past 10 years.

The pair announced their engagement last year, after Drayton sneaked the ring into Carr’s pudding while they were on holiday in Indonesia.

Although Carr hasn’t announced his marriage publicly, he posted a picture of the couple on honeymoon.

Carr captioned the post: “After 10 days of tacos and tequila this sadly is the only thing that fits me. Diet starts manana!” Many of his followers were quick to offer their congratulations.

An unidentified source told The Sun: “Alan is hugely eccentric. But when it came to his wedding, he wanted to keep it as private as possible.

“They chose Los Angeles because it’s away from prying eyes and they wouldn’t be recognised — plus there’s no issue with the weather there.

The source finished, saying: “It was a brilliant day and now both Alan and Paul are looking forward to chilling out in South America.”

Carr’s publicist confirmed that the pair are “planning a big celebration with all their family and friends” later in the Summer. They added that the pair were “extremely happy.”