Comedian Eleanor Tiernan comes out as a lesbian 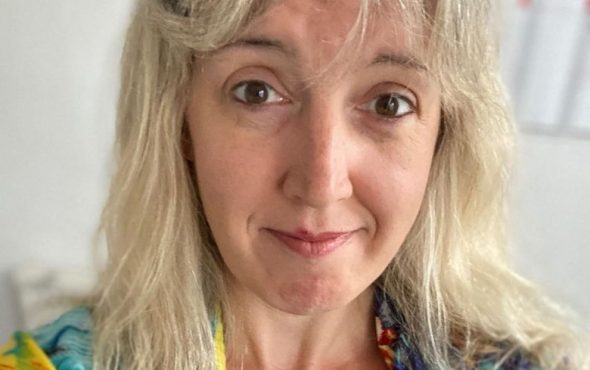 Eleanor praised Philip Schofield for helping her realise someone could come out later in life.

Irish comedian Eleanor Tiernan has come out as a lesbian in an interview on the Insane in the Fem Brain podcast. During the interview, she praised TV presenter Philip Schofield, who came out as gay earlier in the year, for helping her realise she could come out at a later stage in life.

“There was two factors about him that really chipped away at my head which is one, that he was older than me,” she explained. “And I had been telling myself up to that point, ‘You can’t come out over 40, that’s daft.’

Eleanor explained that she has since started coming out to friends and family, saying: “I came out in February, I think. There’s no exact moment when it happened but I feel like that’s the time that it happened.

“I started going through that process of owning the fact that I’m gay, and sharing with and including people in my life, living my life as a lesbian. It’s been great.”

And speaking about her feelings since coming out, she added: “What I’ve been feeling is, you know on your laptop you keep getting asked to download an upgrade and you keep going, ‘Fuck off with the upgrade!’? That was like what being in the closet was like.

Continuing, she said: “When you have that going on, a lot of it’s unconscious, but you put an enormous amount of energy, emotional energy, intellectual energy, a lot of physical energy as well into curtailing and protecting a certain secret that you have.

“You’re trying to protect yourself by doing that but ultimately, I guess, it’s like putting a weight on a structure that it can’t hold, or it’s not designed to hold.”

Noting that she knew about her sexuality back when she was in her 20s, she lamented the lost time, saying: “Now I have to kind of look back and go, what the hell was I doing, why did I wait so long? I think more of it is down to me than I was initially assuming.

“I think possibly the short version of what happened is when I was quite young, I had a bullying experience in school and I became very alert to not giving anybody information that could be used against me…

“It just seemed like a way to help people who wanted to harm me. I waited a good 20 years to see, to make sure.”

In a tweet, Eleanor added: “My news… it is my nervous and joyous pleasure to tell you all that I am gay. A gay woman. Lesbian if you will. It’s something I’ve come to later in life (usual for me) but very much here and queer now. If you would like to hear more pls listen below. Much love ET.”

Her news was met with wide spread praise, especially from fellow comedians, with Frankie Boyle and Nish Kumar sharing heart emojis, while The Chase’s Paul Sinha added: “Now we’re on the same team, let’s find a sport we’re both good at.”

Sarah Millican added: “Such excellent news. Much love to you.” And David O’Doherty wrote: “AMAZING ELEANOR.”

Amnesty Ireland’s Colm O’Gorman wrote: “I feel like I should bake you a cake or something! Lots of love, and it is genuinely lovely to hear how happy this announcement makes you! (also, welcome xx).”

And a fan of Eleanor’s said: “So happy for you Eleanor. Here’s to a lifetime of queer fabulousness.”