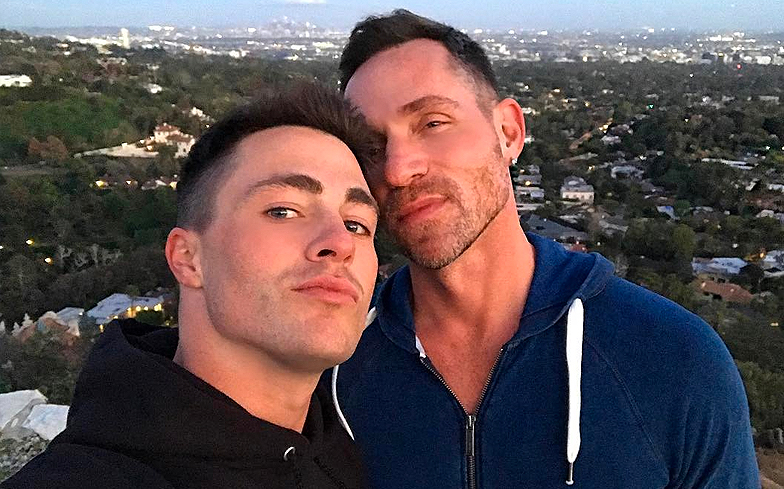 The couple were married last year.

Back in May, it was reported that Colton Haynes had filed for a divorce from Jeff Leatham after six months of marriage. At the time, Colton had cited “irreconcilable differences” as the reason, and later took to Twitter to dispel rumours that Jeff had cheated on him.

However, judging by new social media posts from both Colton Haynes and Jeff Leatham it looks like they might be back together. Colton posted two pictures, one of the couple at the wedding and the other presumably taken at their reception. Captioning his picture, Colton wrote: “Can’t believe it’s already been 1 yr. since we got married @jeffleatham 🙂 Happy Anniversary my beautiful husband.” He finished his post with three red heart emojis.

Many fans on Twitter expressed their surprise with a variety of gifs as the pair hadn’t posted anything together since reports of their divorce. However, many offered their well-wishes for the event.

Jeff also posted his own message to Colton. Alongside two pictures and a video of them together at their wedding, Jeff wrote: “I can’t remember what it was like before you, and I don’t even know how we got here but maybe that’s exactly what I needed.

“Life is a beautiful place with you beside me. – I LOVE YOU.” Jeff also had two red heart and two black heart emojis in his message.

These posts are the first posts of the pair together on their respective Instagrams after they deleted all previous pictures when filing for divorce.

But have a happy anniversary guys!