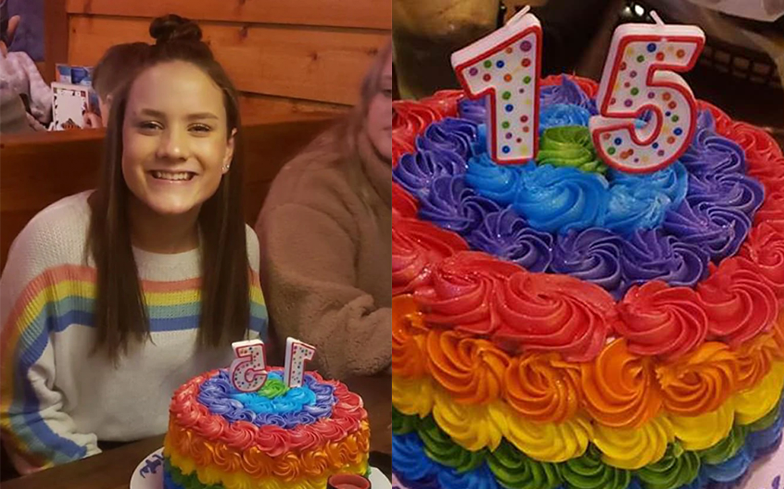 “Any action and attitudes counter to Whitefield’s philosophy will not be tolerated.”

A 15-year-old student has been expelled from school for ‘promoting’ the rainbow flag.

Whitefield Academy, in Kentucky, expelled Kayla Kenney after her mother, Kimberly Alford, posted a picture on Facebook where she can be seen enjoying her 15th birthday with a rainbow jumper and a rainbow birthday cake.

“She was happy; she looked beautiful. You know, of course as a mom, I took her picture of her blowing out her candles and I posted that on my Facebook page,” said Alford, who was later contacted by Dr. Bruce Jacobson, Head of School.

“It was an email expelling Kayla from Whitefield immediately due to a post on social media,” she revealed. “I feel judged, she feels judged, just very devastating for us.”

In the email, Jacobson said the photo “demonstrates a posture of morality and cultural acceptance contrary to that of Whitefield Academy’s beliefs” and made it clear that the school will not promote attitudes “counter to Whitefield’s philosophy”.

The school – who like to discipline their students on and off campus – also wrote in a statement that Kayla has “violated our student code of conduct numerous times over the past two years” but failed to elaborate.

“In the fall, we met with the student to give her a final chance to begin to adhere to our code of conduct,” they explained. “Unfortunately, she did not live up to the agreement, and therefore, has been expelled.”

They continued to say that all parents who enroll their children in the school “know upfront that we ask the students to adhere to a lifestyle informed by our Christian beliefs”.

Alford said her daughter was “hurt and upset” with the decision and told her, “Mom, I didn’t do anything wrong.”

Related: Court sides with student expelled from university over homophobia.