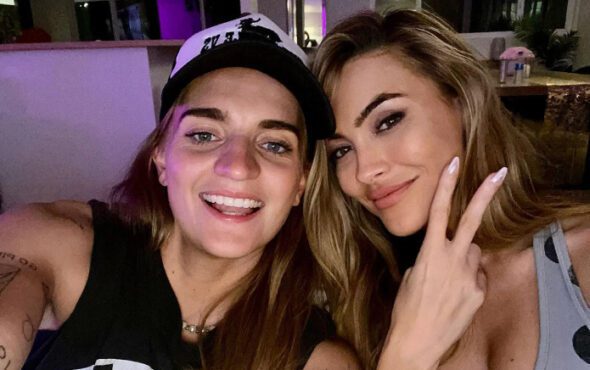 The fifth season of the show came to an end with the special episode, which debuted on Netflix on 6 May.

“I recently have been spending a lot of time with someone that’s very important to me. Their name is G Flip. They’re non-binary, so they go by they/them,” Chrishell said. “And they are an extremely talented musician.”

The 40-year-old also gave some insight into how the two met: “It started because I was just going to be in their video. And it’s about this chaotic love story.

“I come from soaps, I love acting. And with the job that we have, I don’t always get to do it. At first of course I was like yes, let’s do that.”

Following the episode arriving to streaming, Chrishell took to Instagram to make a ‘coming out’ joke by showing off the progress of her wardrobe being remodelled.

“Okay, closet update, guys,” she told her fans. “Look at this. We’ve got all the marble on there now, we’ve got the rose quartz – so pretty, do you see that? – I don’t know if you can see that.”

She continued: “So, yeah, it’s coming along. Okay! I’m gonna come out of it now.”

On 7 May, G-Flip shared an image of Chrishell giving them a tattoo saying “get me out of here” in janky handwriting.

“Found my new calling,” the Selling Sunset star commented. “Might open up a new shop.”