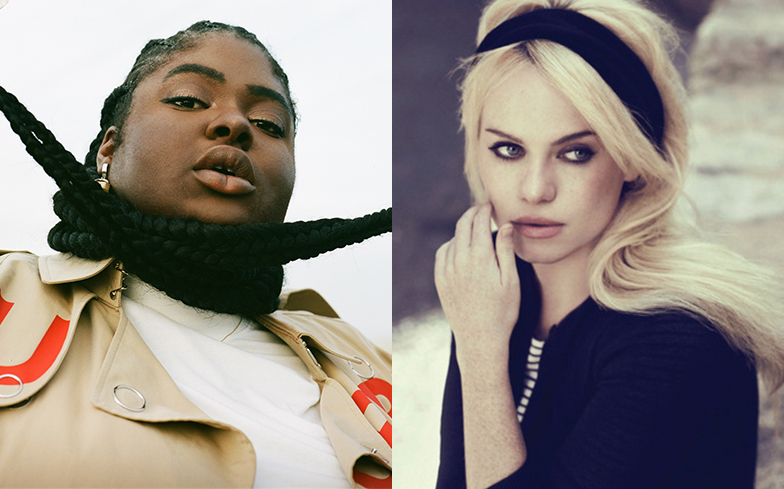 Chika has opened up about her connection with Duffy.

After chart-topping Welsh singer-songwriter Duffy revealed her traumatic experience of being held captive, drugged and raped earlier this week, American rapper Chika shared an emotional story about their friendship on social media.

In a thread on Twitter, she called Duffy her “fucking hero” and recalled how she helped her get through depression, and even paid for time in the studio so she could make music.

“No one really knows this, but Duffy was the first artist to invest in me. She literally paid for my first time in the studio. She found me on Instagram while I was in a low place, and immediately became my fairy godmother,” she wrote.

“She was so excited to had stumbled across my page, but it was 2017, I was struggling with gaining (and losing) internet ‘fame’. She was so worried for me and recognized that I was dealing with depression. She then told me her story.

“After fully processing the weight of all she’d been through, my sadness felt almost insensitive. But she totally understood and still encouraged me with the best advice I’ve ever gotten.”

Chika went on to explain how Duffy told her to “take time to be sad, really feel it” and “if you wanna stay in bed and eat a fucking giant slice of chocolate cake, do it”. It’s advice that helped her get through a difficult time.

“She wasn’t telling me to be irresponsible, but instead reminding me that being human means that shit happens. And we need time to regroup. I’m sure seeing everyone say, ‘Where’s Duffy’ gave her anxiety, but she took her fucking time. She got through it.

“Not only that, she found a 21 year old kid in Alabama via Instagram and passed along that wisdom and tenderness that she’d been so harshly denied. She called me weekly to check up on me, taught me to meditate, got me into numerology. A literal goddess.

“She is the reason I learned to process pain. She helped me realize my insecurities about internet shit actually traced back to my previous relationship & my need to prove to others that I was doing well. She showed me that it was okay to not do well.”

Chika ended her message by “sending endless amounts of love” to Duffy and thanking her for her support.

“She changed my life for the better after someone attempted to change her’s for the worse. We need more people like her. My fucking hero.”

Her second, and most recent studio album Rockferry (2010), became the Welsh singer’s second top ten album in the UK.