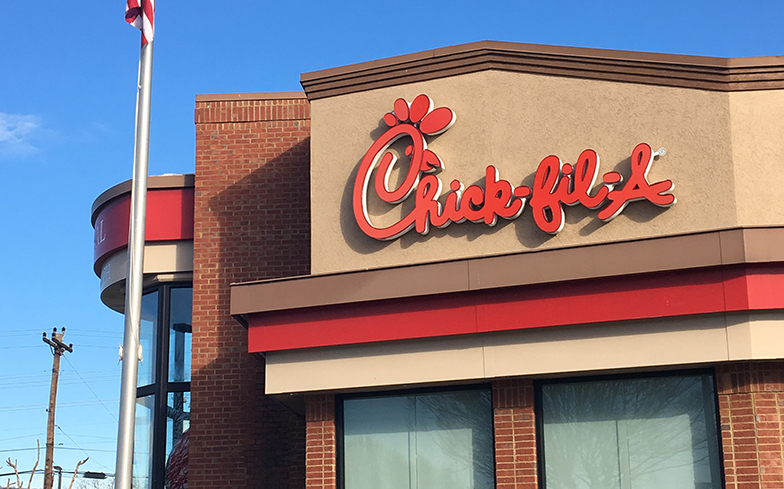 Now that’s what we call progress.

American fast food chain Chick-fil-A have announced that they will stop donating money to anti-LGBTQ charities and organisations following years of bad press and protests from the queer community.

In 2017, Chick-fil-A donated millions of dollars to groups like the Fellowship of Christian Athletes, the Paul Anderson Youth Home and the Salvation Army, who have been accused of anti-LGBTQ views.

Chick-fil-A President and Chief Operating Officer Tim Tassopoulos has now confirmed to Bisnow that from 2020 they will be refocusing their philanthropic structure away from charities that have anti-LGBTQ views.

Starting next year, the Chick-fil-A Foundation plans to give $9 million to organisations like Junior Achievement USA to support education and Covenant House International to fight homelessness.

They will also donate $25,000 to a local food bank each time it opens a new location.

“This provides more focus and more clarity,” Tassopoulos said. “We think [education, hunger and homelessness] are critical issues in communities where we do business in the U.S.”

The news comes after the fast food chain announced they’d be closing their first UK restaurant just one week after it opened. LGBTQ activists called for boycotts and protested outside of the store in Reading’s Oracle Centre.

Reading Pride organisers said it was “good news” and said allowing the six-month contract to fully run was a “reasonable request… to allow for re-settlement and notice for employees that have moved from other jobs.”

Drew Anderson, the director of campaigns at LGBTQ advocacy group GLAAD, said they welcomed the news but with “cautious optimism” as the chain has made similar promises in the past.

“Chick-fil-A investors, employees and customers can greet today’s announcement with cautious optimism, but should remember that similar press statements were previously proven to be empty,” they said.