The connection of chemsex: Does it offer a real sense of community? 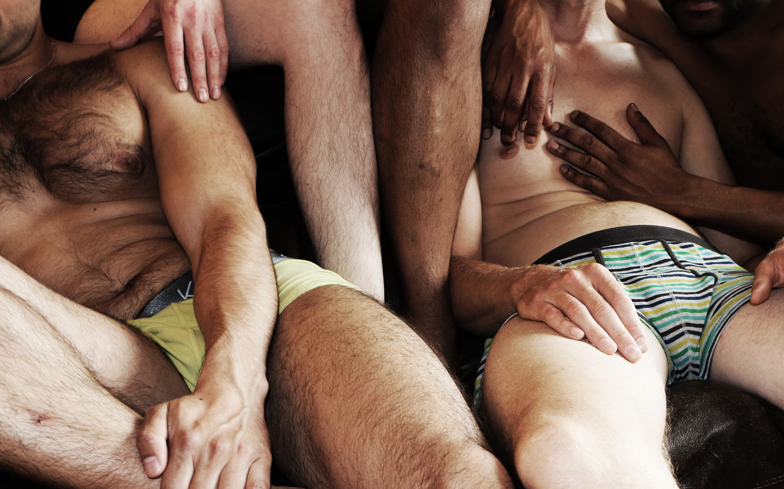 My friend and I are on the Piccadilly Line. We’re talking about books, and he bends down to get a copy of Call Me By Your Name out of his tote bag. Either I put my hand on his knee or he puts his hand on mine to steady himself, but the next thing I know I feel a thwack and something cold and phlegm-like is running down my face. The man standing opposite has spat on us. Apparently even the most innocuous of male-male affection can still provoke outrage.

Which I can handle. Or think I can handle. TfL doesn’t have a leaflet on What to do when a complete stranger spits on you and starts hurtling homophobic abuse, but the situation isn’t unprecedented. I (as we all do) have stories of having sticks thrown at me, strangers taking time out of their day to tell me I’m going to hell, or random lads in their parents’ Honda shouting ‘fag’ out the window as they drive by. What I can’t handle is the reaction from the people on the carriage: Utter silence. Stares. It is a profoundly alienating—not to mention humiliating—experience.

In researching for my new play Tumulus, a ‘queer noir’ mystery set against the backdrop of north London and the chemsex scene, one idea kept cropping up: connection. In Something for the Weekend, James Wharton’s account of his experience with chemsex, he uses words such as ‘share’, ‘meaningful connections’, ‘connect’, and ‘intimacy’ to describe some of the driving forces behind the phenomenon. Indeed, the effects of the three main chemsex drugs—GBL/GHB, mephedrone, and crystal meth—are feelings of euphoria, empathy, and heightened connectedness. Chemsex is social: there are parties, there are chillouts. Chemsex as a culture is the opposite of alienation. It is community—(almost) literally—on steroids. But here’s another story. This one recounted to me by David Stuart, the chemsex lead at 56 Dean Street:

Some guys are at a party. They’re having fun. There’s sex. There’s connection, community. They’re taking GBL. One of them goes under. Once someone finally notices, they take his body (alive?) and leave it on the kerb outside the flat.

When David says the word ‘kerb’ it sticks in my mind because it’s one of those words that sounds the same in British English but is spelled differently in American English (I’m from the States). Whether it’s ‘kerb’ or ‘curb’ the result is the same: he’s not left on the sidewalk. Or a park bench. Or in, say, the front entryway to a building. He’s left on the kerb. By his lovers. The only place worse I can think to put somebody is in the middle of the road.

I have trouble reconciling David’s story (he has a dozen others like it) with the connection that chemsex builds. There are legal issues at play, of course: not wanting to call an ambulance or the cops for fear of being reported or arrested. And I realise, too, that David has chosen an extreme example. But it can’t be that extreme. In London at least one man dies of an overdose of g every twelve days. Most (all?) of the guys I interviewed had either a personal experience of ‘going under’—losing consciousness while on g—or watching someone else do so, or, in some cases, knowing someone who had died.

Gay people are looking for connection in a world that is alien and alienating. We have not only to navigate continuing stigma and shame from the outside world (here’s looking at you, tube spitter), but also face judgment from within: Too skinny? Block. Too fat? Block. XL when you should be XXL? Block. Don’t have a gym membership? Block. Though the question seems so large: how can we as a community better support each other so that our search for connection doesn’t end in the loss of life?

Here’s the end of a story:

As my friend and I are dazed at the situation around us—at the spit, at the abuse, at everyone else’s complicity—a trans woman named Dani walks onto the carriage. She immediately sees what’s going on. She tells the guy to ‘get the f@%k off the train’. He spits at her. She spits on his shoe. He leaves—alone.  Dani sits next to us on our ride home.