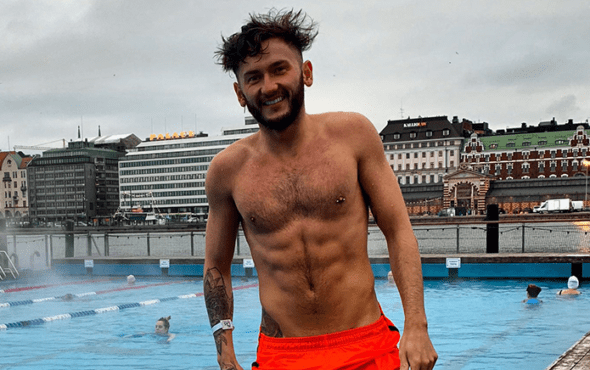 Luke Strong, a five-time British champion in trampoline gymnastics, has came out as bisexual.

The 27-year-old athlete, who hails from Liverpool, publicly spoke about his sexuality for the first time in an interview with the BBC for their LGBT Sport Podcast, where he admitted that he’s been open about his bisexuality for years, but never had a major coming out moment.

“I’ve never hidden anything and I’m really open about the fact that I’m attracted to both sexes, male and female, but I’ve never been in a relationship with either of them so I don’t know,” he explained, before recalling a time a few years ago when his coach asked about his sexuality.

“I remember just crying and I didn’t really know why,” he said. “That was the first person I really expressed my sexuality to.”

In school, Strong was a victim of homophobic bullying due to his passion for gymnastics and the aspects of the sport that are deemed ‘feminine’ such as “wearing a leotard” and “doing the splits”.

“You get the typical ‘you’re a fairy’ and the gay jokes and ‘gymnastics is a girls’ sport.’ I had that growing up in school and then especially in high school it got a lot worse,” he admitted. “I think like most people in the LGBT+ community, growing up is always a little bit difficult.

“There was a period of time in Year 8 and 9 where the bullying was kind of bad. I wouldn’t really talk about trampolining because I was embarrassed.”

Strong said he’s still subject to ignorant comments on the internet, but it doesn’t bother him because he’s owning his talent and is secure in his identity.

“It’s always been fine within the sport, people are pretty understanding,” he said. “On social media, you get your trolls every now and again, with homophobic abuse on comments or personal messages sometimes. But I honestly don’t even think about that ever.

“It doesn’t bother me: I feel sorry for people like that who are close-minded and still think its offensive to be called gay — because it’s not.”