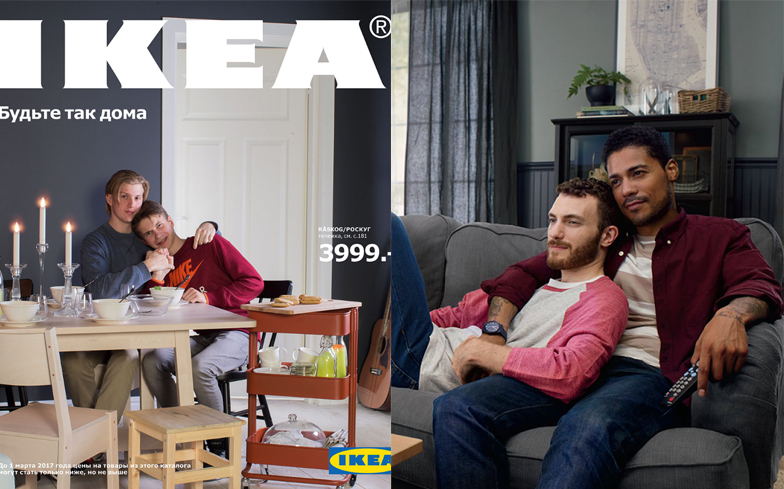 Bishops attacked IKEA after they fired a homophobic employee.

Polish Catholic bishops have accused IKEA of “LGBTQ indoctrination” after a branch fired one of its employees for sharing homophobic remarks.

In a statement, IKEA said they fired Tomasz for “using quotes from the Old Testament about death and blood in the context of what fate should meet homosexual people.”

They added he was also “expressing his opinion in a way that could affect the rights and dignity of LGBT+ people.”

The two verses he posted were: “Woe to him through whom scandals come, it would be better for him to tie a millstone around his neck and plunge him in the depths of the sea,” and “If a man lies with a male as with a woman, both of them have committed an abomination; they shall surely be put to death; their blood is upon them.”

However, Tomasz, and another employee who quit following the decision, has hit back at the store and is planning to sue.

Speaking to TVP Info, Tomasz said: [Since IKEA] promotes equality and diversity towards people, why was this situation where the Catholic expresses his opinion and is thrown out of work for it?”

He added: “I just wanted to take care of the job, what I was called to at IKEA, what I signed the contract for. For the sale of furniture, and not any propaganda, ideological things.” And now Catholic bishops in the country have shown their support for the fired employee. In a statement, they said: “From the point of view of the law and above all of propriety and common sense, it is unacceptable to attack the Ikea employee who refused LGBT indoctrination in the workplace.”

In a statement issued to news.au.com, IKEA defended themselves, pointing out “using your religion as a reason for excluding others is considered discrimination.”

The statement also read: “At Ingka Group we believe everyone has the right to be treated fairly and be given equal opportunities whatever their gender, sexual orientation and gender identity, age, nationality, religion and/or any other dimension of their identity.

“Inclusion at Ingka Group means respecting our individual differences and creating a safe environment for all. Everyone’s views and opinions are welcome with the common goal to build a great place to work.