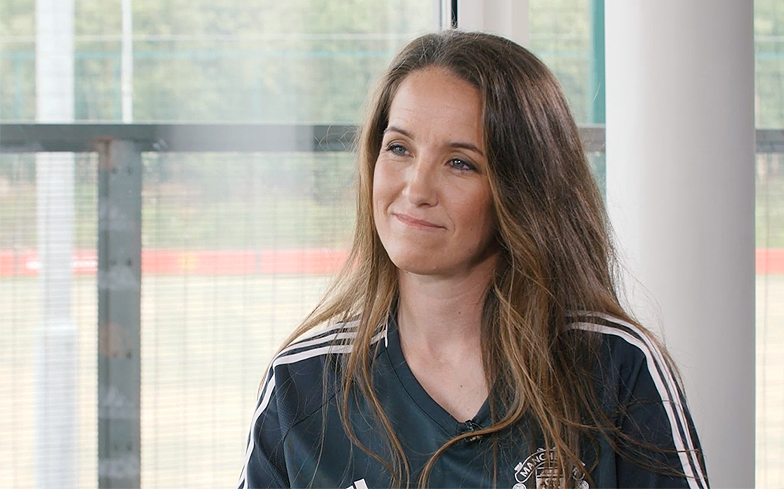 Former England captain Casey Stoney has been named manager of Manchester United’s women’s team, which will join the next season’s women’s Championship.

It ends a 13-year absence from the professional women’s game for the club, as the former Liverpool defender will create a brand new team from scratch.

The move will see her leave her role as Phil Neville’s assistant manager of the women’s England team.

“This the biggest club in the world,” Stoney said, reacting to her appointment at Man U.

“The fact we are going to have a women’s team and I’m going to be able to introduce that from scratch, to build a team, build a philosophy, with the biggest club in the world, means that, for me, there is no more exciting opportunity.

“I truly believe Manchester United has the ability to change the face of women’s football forever.”

“I’ve coached for 17 years because when I was growing up you had to have a job, so my job the whole time was coaching at the teams I was working at.

“So I’ve learnt so much, loads of positive experiences and the negatives, and even when you have negatives I feel that it’s an opportunity to learn. How would I have done it differently? And I won’t ever forget those lessons, good and bad I’ll take them with me on my journey.”

During her career – which included spells at both Liverpool and Arsenal – Stoney womn 12 major trophies, including four Women’s FA Cup titles.