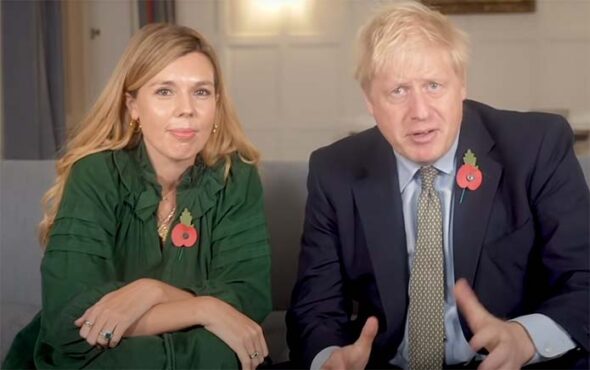 Carrie Johnson, who is married to Boris Johnson, will be giving a speech on LGBTQ+ rights at the Conservative Party conference.

Conservatives have hailed the 33-year-old for being “a longstanding ally” to the LGBTQ+ community and she will even be the guest of honour at the conference’s Pride reception.

Elena Bunbury, who is the chairwoman of the LGBT+ Conservatives, praised Johnson for being a “good sport” when it comes to equality.

“Carrie is a longstanding ally, and has always been a good sport to LGBT+ Conservatives,” said the chairwoman. “She even judged our virtual lip-sync last conference. We’re thrilled she’ll be joining us in person this year in Manchester.”

The event will be held in partnership with Stonewall, despite the ongoing disputes over its “diversity champions” scheme which gives employers training on LGBTQ+ inclusion.

Liz Truss, the equalities minister, reportedly backed exiting the scheme over concerns about value for money.

News of Johnson’s speech comes as the government once again delays its consultations over banning conversion therapy.

The consultation was announced during the Queen’s Speech in May of this year and has now been delayed from September to late October.

Downing Street said the discussions were fundamental prior to issuing a ban so that it is “proportionate, effective and does not have unintended consequences”. 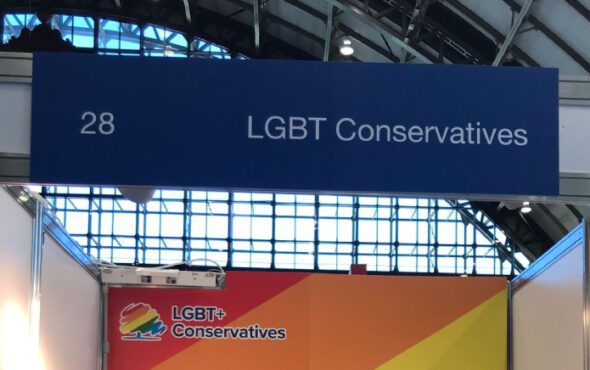 A spokesperson added that any conversion therapy restrictions would be implemented in a way that would safeguard medical professionals and religious leaders, as well as protecting people from harm.

“It is deeply disappointing that the Government has delayed its plans to ban conversion therapy,” she said.

“While this barbaric practice is legal, LGBTQ+ people remain at risk of abuse and harm.

“We urge the Government to set a new deadline for the public consultation as soon as possible, as part of their commitment to a ban.”

Theresa May’s government committed to ending the practice in 2018, though Johnson’s opted for a public consultation on what a ban would look like before implementing one.

Exactly what Johnson will say in her LGBTQ+ speech at the  Conservative Party conference, which will take place in Manchester from 3-6 October, is yet to be confirmed.

She has previously championed animal rights and conservation causes, as well as being the former communications director for the Tories.