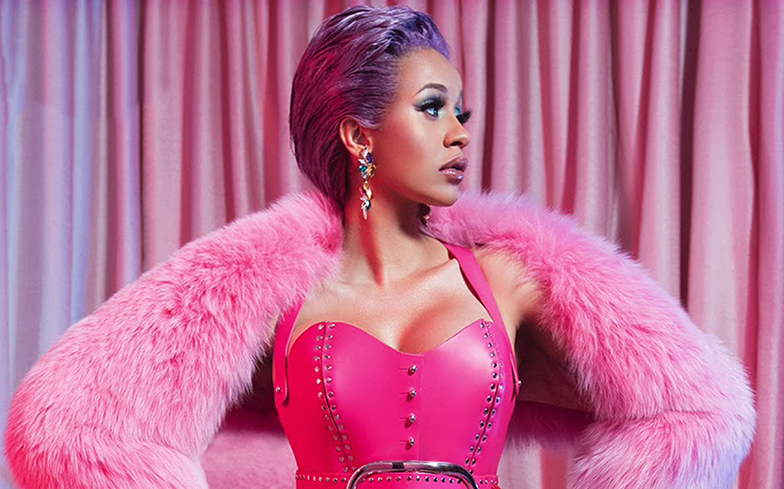 Cardi B has denied posting a transphobic meme.

The rapper, who shot to fame with the release of her viral single Bodak Yellow last year, took to Twitter to claim she had no involvement in the post, which was shared on her verified Facebook page over the weekend, blaming a former employee.

“It’s come to my attention that there have been offensive posts made on what used to be my Facebook page,” she wrote. “For the past year and a half a FORMER team member has been the only one with access to the account.”

It's come to my attention that there have been offensive posts made on what used to be my Facebook page. For the past year and a half a FORMER team member has been the only one with access to the account.

The meme in question featured a cartoon drawing of a man standing at the door of his house with the words, “I hope nobody sees this tr***y leave my house”. The image was accompanied by laughing emojis.

Fans were disappointed with the post, taking to the comments section to share their frustration and encourage her to apologise. One Facebook user wrote: “Cardi, you might want to consider how many trans fans you got.”

Another added: “This is very triggering… we are always losing our trans girls left and right and that hurts the most right now. Help uplift them and our community not shame them.”

Earlier this year, Cardi B took to a Twitter livestream to defend her husband, Migos rapper Offset, after he faced backlash for including the line “I cannot vibe with queers” during his guest verse on YFN Lucci’s track Boss Life.

“I’m not going to let somebody call him homophobic when I know that he’s not,” she said. “And I’m saying this because I seen him around gays, and he treats them with the same respect he treats everybody. He never acts uncomfortable.”

She added: “What is the point of you trying to argue and not educate? Why don’t you educate people? Why is it that you gotta bash them and label them something they not?”

During the same live stream, she explained her previous use of the slur tr***y, saying: “I didn’t know that was a word that you cannot use, especially because my trans friends use it, and growing up, my parents never told me that was a bad word.”