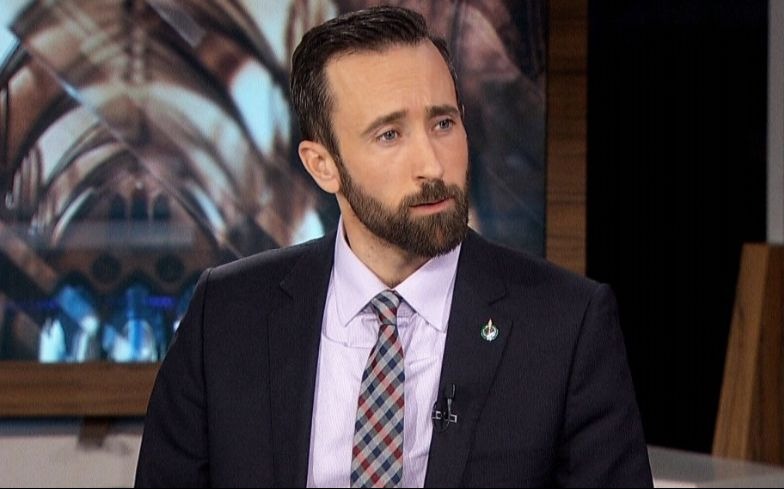 Derek Sloan is attempting to becoming the leader of the Canadian Conservative Party.

Derek Sloan, a candidate in the running to become the leader of the Canadian Conservative Party, has claimed that the Liberal bill, Bill C-8, which will ban gay ‘conversion therapy’ in Canada, is “effectively putting into law child abuse.”

When his Liberal Party were re-elected last year, Canada’s Prime Minister, Justin Trudeau said that banning the discredited practice was a “top priority” for his government.

Sloan, who has previously said it’s “scientifically unclear” if a person is born LGBTQ+ and refused to say that sexual orientation isn’t a choice, made the comments in a video conference webinar that he held with supporters.

When asked about his views on banning ‘conversion therapy’ and trans rights, Sloan ranted: “The Liberals have said ‘no, you can’t get counselling and if a parent, as a parent you take your kid to get counselling for this, you can go to jail for five years.’

“That is child abuse. And I accuse Justin Trudeau and his government right now of child abuse, that’s what they’re putting into law.”

He added: “And we need to wake up, and I’m telling you there’s not a single person I know whether they’re Conservative, Liberal, whatever, that agrees with that policy, we can win on this issue, and we will win on this issue.”

When CTV News reached out for Sloan for further comment, he reiterated: “With Bill C-8, the Liberals are effectively putting into law child abuse.

“Bill C-8 encourages sex change operations on minors because it says the only thing you can do for your child is either nothing, or to put them on a path to a surgical sex change. If a child needs counseling and the government blocks the parents with the threat of jail for getting counseling that is abuse.

“To deny the option for counseling, to promote life-changing experimental operations on children that will render them permanently sterile, and to separate a parent and a child over it is child abuse.”

Despite Sloan’s comments, Bill C-8 doesn’t ban parents from looking into therapy for trans children, but instead bans adults from forcing minors into treatments that aim to alter their sexual orientation or gender identity.

His comments drew criticism from across the Canadian political spectrum. Andrew MacKay, another leadership hopeful, tweeted: “Forcing a child into ‘conversion therapy’ is child abuse and it absolutely must be banned.”

And Cameron Ahmed, the communications director for Justin Trudeau, said they “will not dignify these reprehensible comments” with a proper response, but called on the Conservatives to condemn the comments.

Reiterating the government’s support for banning the practice, Ahmed added: “Banning it is an important part of our work to advance true equality and protect all Canadians.”

Sloan’s comments on gay ‘conversion therapy’ and trans people are hardly the only instances of his homo and transphobia, as if he wins he plans to allow attempts to overturn same-sex marriage in Canada and allow discrimination based on someone’s gender identity.