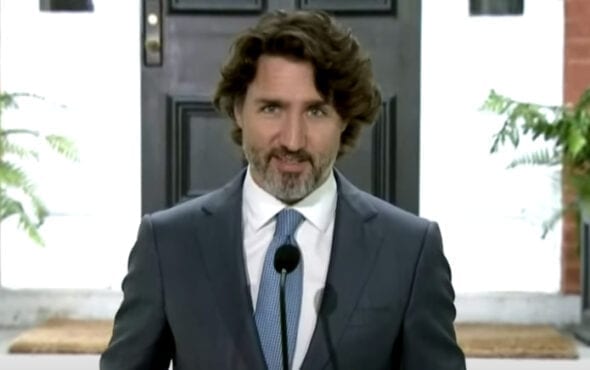 The barbaric practice – which has been discredited by the NHS and the World Psychiatric Association – refers to any attempt at changing a person’s sexual orientation or gender identity and often involves techniques such as electroshock therapy or prayer.

The bill, which now goes to Senate, passed the House in a 263-63 split, with only conservative MPs and former party member and Independent MP Derek Sloan voting against. Canada’s ruling Liberal party originally vowed to ban the harmful practice in 2019 when its election manifesto was unveiled.

Minister of Justice David Lametti tweeted that “if passed, #BillC6 will make Canada’s criminal laws on conversion therapy the most progressive and comprehensive in the world”.

The new bill would effectively prohibit minors being subjected to the practice, and an adult would not be permitted to undergo conversion therapy against their own will. Also, no one will be allowed to profit from the practice or advertise it.

Justin Trudeau, Prime Minister of Canada, also tweeted: “Conversion therapy has no place in Canada. And even though more than half of the Conservative caucus voted against it, the House of Commons has passed our legislation to criminalize this harmful and degrading practice.

“We’ll always stand up for LGBTQ2 Canadians and their rights.”

Conversion therapy has no place in Canada. And even though more than half of the Conservative caucus voted against it, the House of Commons has passed our legislation to criminalize this harmful and degrading practice. We’ll always stand up for LGBTQ2 Canadians and their rights. https://t.co/rWACeC5AUi

In May, during her speech to UK parliament, the Queen finally announced the government’s plans to illegalise conversion therapy.

Following the Queen’s speech, Liz Truss, Minister for Women and Equalities, confirmed that the legislation would come to fruition after a public consultation.

“As a global leader on LGBT+ rights, this government has always been committed to stamping out the practice of conversion therapy,” she said.

“We want to make sure that people in this country are protected, and these proposals mean nobody will be subjected to coercive and abhorrent conversion therapy.

“Alongside this legislation, we will make new funding available to ensure that victims have better access to the support they need.”

Despite both prime ministers’ pledge to abolish conversion therapy, LGBTQ+ activists remained doubtful that a ban will ever be implemented.

Jayne Ozanne, a former member of the government’s LGBT+ Advisory Panel and a gay evangelical Christian, said she’s “relieved to hear that measures will be brought forward” to ban conversion therapy.

“However, the government risks creating a highly dangerous loophole if it chooses to focus purely on ‘coercive’ practices,” she said.

Jayne recently wrote a piece for GAY TIMES about why the government’s new consultation on conversion therapy is yet another delay, which you can read in full here.