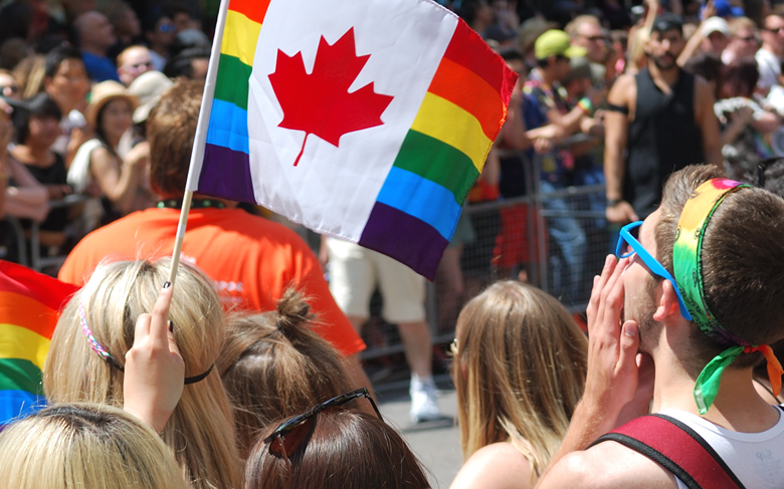 The survey was carried out to understand the hardships LGBTQ people face in daily life.

A new survey, commissioned by the Canadian Privy Council Office (PCO), aimed to understand the difficulties that the Canadian LGBTQ community faced. Thankfully, it found that the vast majority of the population were “comfortable” around LGBTQ people.

Helen Kennedy, the executive director of the LGBTQ group Egale Canada, told Global News: “It’s really good to see the attitude of Canadians changing and being more open and inclusive.

“We obviously have more work to do. But it’s definitely a step in the right direction.”

However, as the group, and other LGBTQ activists, weren’t consulted about the questions, Kennedy was concerned over how the data might be used by the Canadian government.

“Within government, you know, with any political party, they want to know what the political risk is for embracing LGBTI issues,” she told Global News in a phone interview.

Stephanie Shank, a spokesperson for the PCO, said: “The separate questions regarding gender identity were deliberate given experiences of discrimination faced by many transgender people in Canada.

“The Government of Canada is committed to better understanding the challenges faced by LGBTQ2 people — that is why the Minister of Diversity and Inclusion and Youth has been given a mandate to consult civil society representatives of LGBTQ2 communities to lay the groundwork for an LGBTQ2 action plan that would guide the work of the federal government on issues important to LGBTQ2 Canadians.”

One positive LGBTQ stance that Canadian Prime Minister Justin Trudeau has made is pledging to make a ban on gay ‘conversion’ therapy a top priority of his government.

The announcement came in a letter that Trudeau sent to his Justice Secretary, David Lametti, on Friday (13 December). The letter calls for the Criminal Code to be amended to ban ‘conversion therapy’ across all of Canada.

Canadian politician Spencer Chandra Herbert, who represents the British Columbia New Democratic Party, tweeted his support, saying: “Great to see the federal government has heard the loud request from LGBTQ Canadians, and many allies to ban conversion therapy in all provinces and territories across Canada.

“I will work with the Minister, and anyone else to see this horrible practice ended everywhere.”