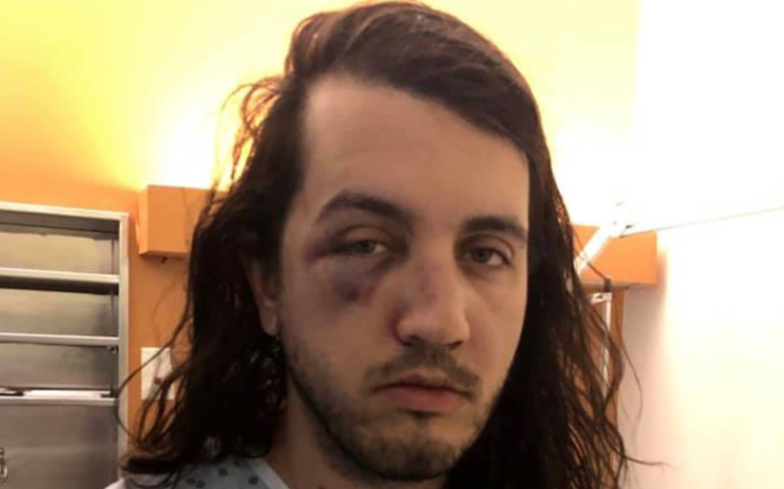 The Canadian fashion designer Markantoine Lynch-Boisvert has said he was the victim of a homophobic attack.

Canadian fashion designer Markantoine Lynch-Boisvert and his boyfriend, Alex James Taboureau, have been attacked, with what is believed to be a homophobic motive.

The pair were targeted as they left a bar in La Malbaie by a man who threw homophobic insults their way. The man later approached Markantoine and headbutted him, while two men targeted his partner.

The group then later approached them again, this time pushing Markantoine to the floor.

In a Facebook post, translated by Google, Markantoine wrote: “A weekend in Charlevoix that turns into a nightmare. I can still hear one of the guys who says ‘stop you’re going to kill him’ to the one who was kicking my face freely, Alex struggling to try to help me, the fear in his eyes.

Markantoine was left covered in blood following the attack, and vomited due to the head injury. In hospital, it was confirmed he had suffered from three facial fractures, while his boyfriend had a minor concussion and bruising.

In a further post, Markantoine wrote: “It’s sad, it’s suffering for our community, even our complete society. Thank you for all the good comments and the love that is carried to us.

“Last thing, no boycott of the malbaie / Charlevoix, it’s an isolated case and a too beautiful corner of country to be put aside.”

The men said they spoke out following the assault because they had heard similar stories from other LGBTQ people, and they wanted to raise the awareness of homophobia that is still present in today’s society.

A spokesperson for the Quebec police said they would be investigating the attack.