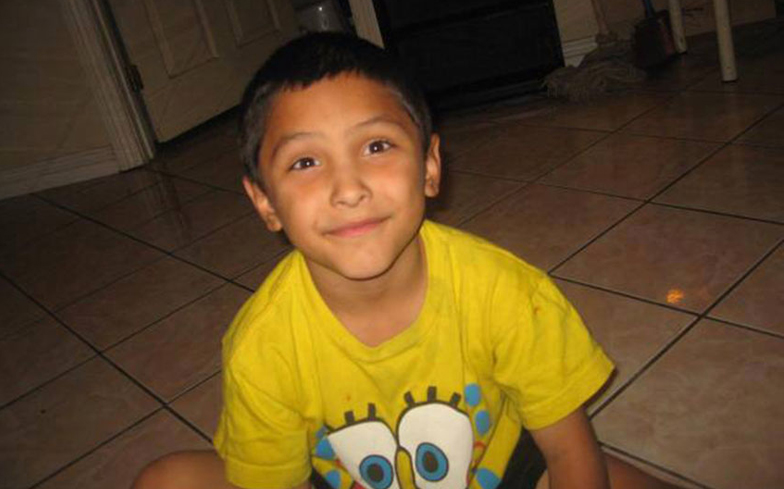 Isauro Aguirre has received the death penalty for torturing and ultimately killing an 8-year-old because he thought he was gay.

Aguirre and his girlfriend, Pearl Fernandez, whipped, burned, beat and starved Gabriel for more than eight months, according to testimony given during the trial.

Gabriel was Fernandez’s son, and was reportedly gagged with a sock until authorities found him in May 2013.

The young boy was malnourished and ill and immediately taken to hospital, but two days later he died as a cause of the horrific treatment by his parents.

“No human with a heart and soul could do that to an innocent little boy,” prosecutor Jonathan Hatami.

Aguirre originally rejected a plea bargain that would have ruled out the possibility of the death penalty.

Despite the extent of Gabriel’s condition, Aguirre claims that while he did kill Gabriel, it was in one instance of explosive rage, that wasn’t intended to kill.

Aguirre’s defence attorney John Allan stated: “[Aguirre] is guilty of murder, but the special circumstance alleged, that he intended to kill Gabriel with the infliction of torture, is not true. Despite the horrific abuse, Isauro never intended Gabriel to die.”

When Gabriel was admitted to hospital in May 2013, the couple told police “[Gabriel] liked to hit himself, he was gay and he wanted to kill himself.”

Aguirre was convicted of murder in the first degree last month.

A court has now sentenced Aguirre to the death penalty and he is scheduled to be executed on 8 March, 2018.

It will be the first time someone has been executed in the state of California since 17 January, 2006.