A California high school cheerleading coach was fired for being gay 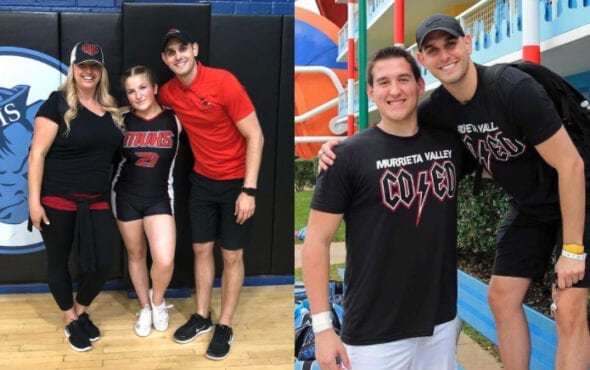 A Murrieta Valley High School (MVHS) cheerleading coach was fired from his position for being gay.

According to a report from the Patch, Michael Henderson was the beloved coach for the school’s cheer and stunt program for nearly three years.

Shortly after his removal, Henderson filed a wrongful termination lawsuit and said that process of firing him was “flawed”.

Henderson said he was “shocked” with his dismissal after he received a positive end-of-year review from the school’s Athletic Director and Principal.

“There was no hint that anything was wrong,” he told the Patch.

Henderson went on to reveal that the school received an “anonymous” complaint against him which resulted in an investigation.

“I never saw the letter. I wasn’t even given a chance to respond. I was never interviewed about any of it,” he said.

After the school’s investigation, the administration told Henderson that they were letting him go because the cheer program was going in a “different direction.”

Terry Davis, the lawyer of the 31-year-old coach, told the Patch that the school’s investigation was “improper” and related to his sexuality.

“The anonymous letter was sent to MVUSD by what is believed to be a couple of disgruntled cheer parents who are angry with their child’s position,” Davis stated.

Davis then revealed that it was “spearheaded” by a Mormon MVUSD Board Member, who made calls to get the investigation started.

“One question related to his sexual orientation raised red flags, leading many to believe it was a substantial factor in the districts decision to terminate Mr Henderson’s employment,” Davis said.

Since Henderson’s firing, student-athletes and families have expressed their disappointment with Henderson’s removal.

During an MVUSD Board of Trustees meeting back in June, cheer students and their families spoke out against the termination. However, their complaints were not heard due to the dismissal not being on the meeting agenda.

On Wednesday (14 July), close to 30 people hosted a rally in support of the coach. They wore school colours while flying signs that said: “Bring Back Coach Mike.”

Kim Aletenhofel, president of the MVHS cheer booster club and cheer parent, stated that the kids “loved him” and were “heartbroken” by his termination.

MVHS senior and member of the cheer team, Kendell Winters, also opened up about the situation to Patch, stating: “He always wants the best for you. I hope we’re able to get him back.”

While Henderson was coach, the MVHS cheer squad finished off in fourth place at the 2021 National Cheerleading championship. The year before they finished in sixth place.