Busting the myth: PrEP is not only effective, but also safe 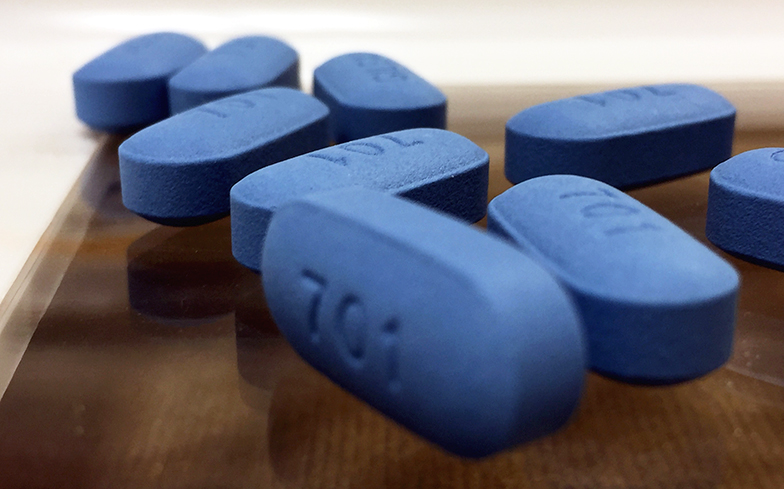 I was at a Gala dinner back in September, discussing HIV campaigning in the UK.

Across the UK, HIV diagnoses stood at 6,095 in 2015, but for 2017 this figure had fallen to 4,363, a drop of 28 per cent over two years. When the conversation turned to PrEP, one of the driving forces behind falling HIV diagnoses, I was surprised to learn that the man sitting next to me had started PrEP and then stopped it because of what he perceived as the “toxicity” of the medication. He was in his mid-thirties, around the same age as me and otherwise very healthy. I told him that I had been taking HIV medication since I was 24-years-old, had never experienced any side effects and was in perfect health. Since then I have spoken to two other gay men who stopped taking PrEP because they were worried about the long term consequences of taking HIV medication.

These myths around PrEP could be an unintended consequence of the increased awareness around HIV, ageing and co-morbidities. People may be mistakenly conflating the potential consequences of growing old over decades with HIV, as well as the harmful side effects of early HIV treatments from the 1980s and 90s, with today’s modern and very sophisticated HIV medicines. Taking PrEP daily, or on an event-based basis, for a number of years, poses no substantial risk. Conversely, the benefits of taking PrEP and avoiding a life changing HIV diagnosis are huge.

Fortunately, the British HIV Association/British Association for Sexual Health and HIV (BHIVA/BASHH) Guidelines on PrEP have recently been released, which provide further clarity on the issue. These have been assembled by a panel of over 20 experts in the field and draw on all the available evidence. Erring on the side of caution, there are a few groups where PrEP usage is identified as requiring additional monitoring, but it is overwhelmingly clear from the guidelines that PrEP is safe.

Related: Becoming a parent should not be denied to HIV positive gay and bisexual men

In some patients, PrEP appears to place stress on the kidneys. Whilst all PrEP trials showed a good renal (kidney) safety profile, mild progressive renal impairment was seen in PrEP studies, which was reversed on stopping medication. During trials a few patients experienced elevated creatinine levels, an indicator of impaired renal function. Upon interrupting their PrEP use, creatinine levels again returned to normal. Patients taking nephrotoxic drugs, those which might damage the kidney, should raise this with their clinicians. Other risk factors include older age and co-morbidities, such as diabetes and high blood pressure. Whilst the risk is low, those over 40 years old or at risk of kidney disease are recommended to have their creatinine levels checked, alongside other renal tests, on a three-to-six-monthly basis. The majority of people, however, need this doing just once a year.

In rare circumstances, PrEP seems to have a slight, but reversible, impact on bone density. Peak bone mass is achieved during early adulthood. PrEP is therefore a slight risk for adolescents during critical attainment of bone mass. For those in the 18-22 years age group, a 48-week course of PrEP, taken daily, according to one study, resulted in a 0.6 per cent reduction in overall body bone density, with hip bone density impacted at 1.4 per cent. This reduction was not permanent, in that when the patients who experienced reduced bone mass density discontinued PrEP for a 48-week period, this generally led to bone mass recovery. Patients in the 18-22 years age group should be aware of the low risk to bone mineral density and could chat this through with their clinician. For all age groups small, reversible reductions in bone mineral density have been seen in clinical trials, but unless there are risk factors, such as a family history of low bone density, there is no need for additional testing.

For trans women, there is strong data to show that there are no interactions between PrEP and the feminising hormones and androgen preparations used in gender confirmation. Although there is a lack of data for trans men, the current consensus is that there are no interactions with masculinising hormones either. In pregnant women, with the exception of one study, which is largely regarded as an anomaly, PrEP has been shown to be completely safe during pregnancy and breastfeeding.

The fight continues to make PrEP available throughout the UK on the NHS. The BHIVA/BASHH Guidelines emphasise that clinicians should discuss PrEP, including buying generics online, if patients cannot obtain medication from the NHS. They reference IWantPrEPnow, alongside Prepster, which offer extensive advice and support to PrEP users and are the “go to” websites for generic PrEP. If sourcing PrEP online, your sexual health clinic or clinician should offer you full support, including renal monitoring.

PrEP has revolutionised the provision of sexual health services for those at risk of HIV. Side effects, where recorded, are mild, uncommon and easily manageable. The new BHIVA/BASHH Guidelines make the case for PrEP more compelling than ever. PrEP is not only effective, but also safe.