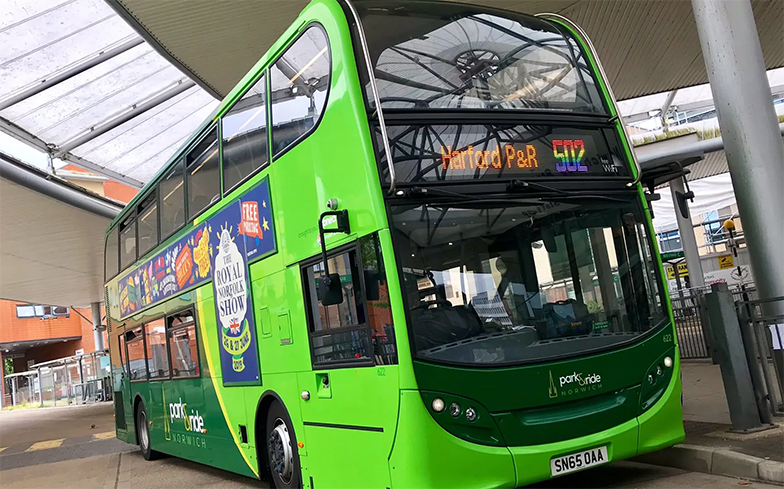 A bus driver in Norwich has been suspended after he refused to drive a Pride-themed bus.

The Konectbus employee allegedly told passengers “this bus promotes homosexuality and I refuse to drive it” after realising that the service number on his bus – the 501 to Thickthorn – was displayed in rainbow colours.

Norwich had recently celebrated a Pride event and Konectbus buses in the city were displaying their service numbers in rainbow colours to show their support and acceptance of the LGBTQ community.

According to college student Becca Sears – who said she reported the incident to staff at the station – passengers were told by the bus driver that they would have to wait until he could find a replacement bus that didn’t feature the rainbow numbers.

“I’m aware everyone is entitled to their own views however, if you can’t do your job properly because of your bigotry, maybe you need [to] rethink your choices,” she wrote in a tweet, adding: “Norwich doesn’t appreciate homophobia.”

The driver has now been suspended from work while an investigation takes place.

Go East Anglia, the parent company of Konectbus, said in a statement: “Go East Anglia prides itself on values that support diversity and inclusion and has been a champion of Norwich Pride since 2017.

“We particularly want all customers of whatever background or sexual orientation to feel comfortable on our services.

“As a company we do not condone any behaviour from our drivers that does not support this view. The driver involved in this incident has been suspended and a full investigation is under way.”