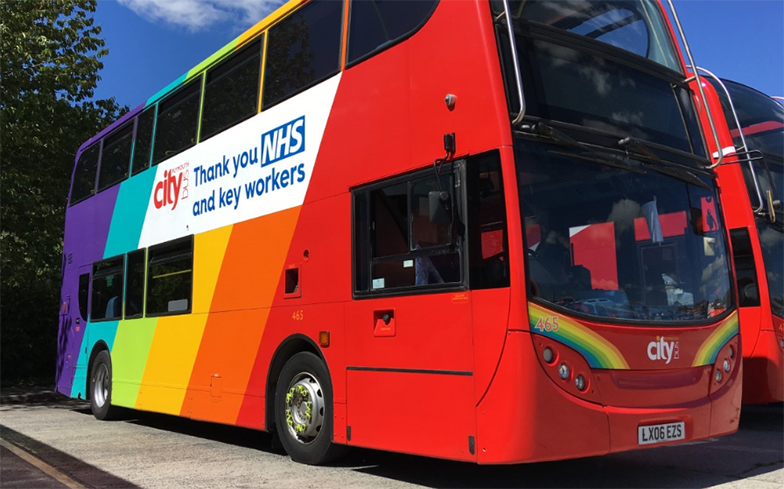 A bus company has come under fire for attempting to rebrand their Pride bus.

“Rainbows have become synonymous with hope and the NHS during the current pandemic,” they wrote, “so we thought what better way to show our thanks to our amazing NHS and key workers, than to re-brand our Pride bus to our rainbow NHS bus?”

The decision to rebrand the Pride bus has caused a divide, with many highlighting that the rainbow flag has been associated with Pride for decades, and others pointing out the often fickle nature of companies showing support for the LGBTQ+ community.

“Congrats, this is offensive to both the LGBT+ community and the NHS workers, who deserve better than hand-me-downs,” wrote one Twitter user.

Another added: “The rainbow is the only universal symbol celebrating LGBTQ rights. There are so many other ways to celebrate the NHS without erasing that. Im sure this was meant well, but it is hugely Ill conceived.”

A third wrote: “Support for Pride (and a well funded and looked after NHS) shouldn’t go with what’s in season. With hate crimes rising, maybe explore your relationship with Pride and the message it gives to the most vulnerable to see a rainbow symbolising that their lives matter.”

Some have defended the new bus design, however, including Plymouth Sutton & Devonport MP Luke Pollard who urged people to “not play one group off against another at a time of crisis”.

He tweeted: “I’m not going to join the outrage at Citybus over their awkward rebranding the pride bus to support the NHS. They did the right thing by supporting Plymouth pride, and supporting the NHS is good too.”